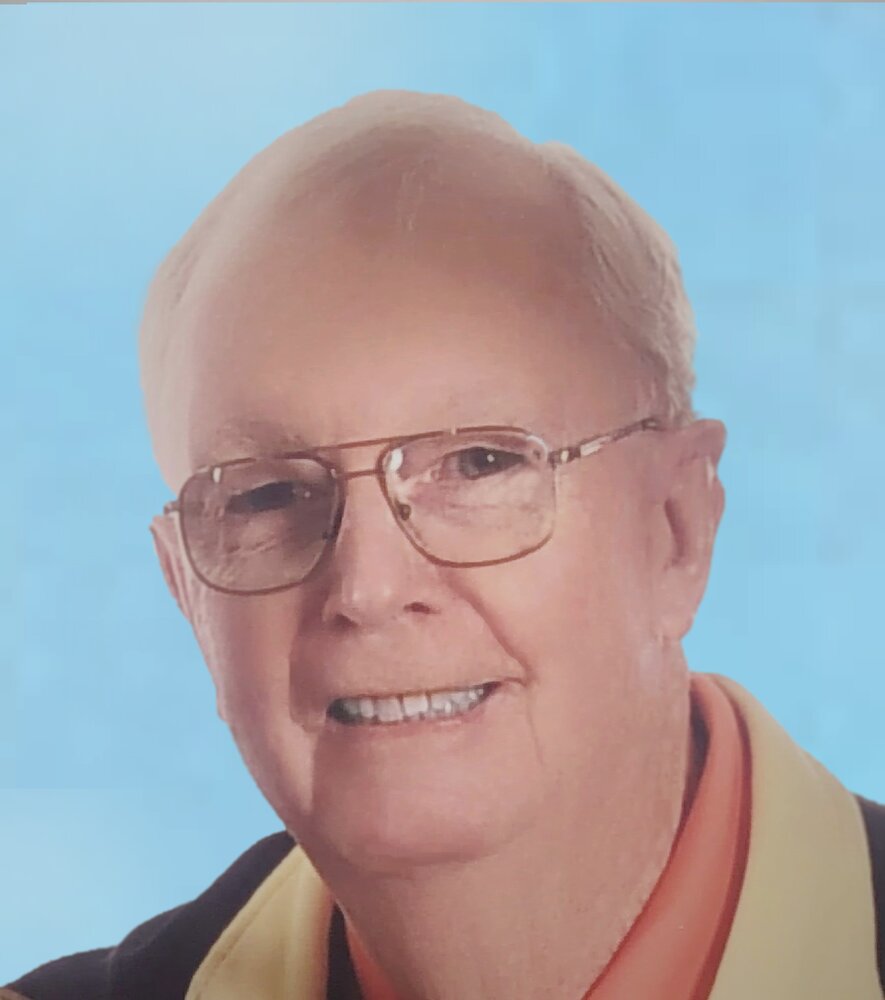 Ed Clancy of Sun City Center, FL, died peacefully at home with his wife of 65 years, Clara, by his side.  He was 86.

Ed was born on February 19, 1936, in Jersey City, NJ to Mary (Carroll) and Edward Clancy.  He was raised in Bayonne, NJ by his mother and grandmother, Alice Carroll.  He attended St. Henry’s grammar school in Bayonne and St. Peter’s Prep in Jersey City.  He sang in the choir and served as an altar boy at St. Henry’s Catholic Church in Bayonne. He met and married the love of his life, Clara (Servedio), in 1957.  They were married in a nuptial mass at Our Lady of Victories Church, Jersey City, NJ.   He was a Staff Sergeant in the US Army Reserves from 1958 to 1965 and attended Newark College of Engineering.  Ed loved sports and played basketball, was an avid bowler and golfer.  He was bright and strategic and excelled at bridge and chess.

Ed and Clara lived in Bayonne as a newly married couple and in 1964 purchased their first new car, a 1964 Chevrolet Impala Super Sport Convertible and their first home in Bloomfield, NJ.  In 1965 their daughter, Mariclaire, was born.  Ed worked for NopCo chemical company (later, Diamond Shamrock then Henkel).  During their time in their home in NJ Ed and Clara spent time renovating their home.  Ed was a fearless renovator long before home improvement television and internet help was available.  In 1974 they purchased their first motorhome and took vacations traveling the United States, including several cross-country trips.  Ed carefully planned the sightseeing to include museums, zoos, and important US historical sites.  Trips to Mexico, Nova Scotia, Bermuda, and the Bahamas were memorable.  Ed was a coach of his daughter’s school softball team for several years, was an avid reader and book collector and was a talented wood crafter and painter of ceramics.  Ed was involved in Clara’s Tupperware business, and they were well known for their entertaining prowess – hosting family, friends, and business colleagues.

In 1989, Ed’s company moved them to Landsdale, PA where they enjoyed living near a working dairy farm with plenty of fresh ice cream.  Ed’s love of history led them to explore Philadelphia and historical sites near their home.  They also took trips exploring many state capitals and presidential libraries.

Never liking the cold, snowy winters, Ed retired after 30 years of service and convinced Clara to move to Florida.  They found a home in Sun City Center in July of 1999 and did renovations to make it their own - with Ed still doing a lot of the work.  Ed worked for the US Census from 2000 to 2010.  Ed and Clara were always together in their activities including the Sun City Center Audubon Club.  They planned and managed the club’s overnight trips for 10 years, the last being in 2019.  They serve as the club’s historians.  Travel was always a priority, and they celebrated their 50th wedding anniversary back in Hawaii where they had gone in 1982 for their 25th.  Their love of travel continued with trips to Europe, Hawaii again in 2015, Alaska, and a cruise through the Panama Canal.  Ed was also greatly supportive of friends and families in need.  He worked with Clara on many activities in support of getting books to those in need, helping with home renovations and fund raising to help anyone facing financial hardship.  Ed and Clara mostly enjoyed their time enjoying all the special sights of Florida (including Disney), time spent with family and friends, and their home with a view of the birds and wildlife on the golf course.  Ed loved animals and spent his life in the company of several cats, their beloved dog Georgie, and their grand dog Coco.

A Mass of Christian Burial is being held on October 7, 2022, at 11 am at Prince of Peace Church 702 Valley Forge Blvd, Sun City Center, FL 33573.  In lieu of flowers, the family asks that donations be made to an organization important to Ed, the Southeastern Guide Dogs, 4210 77th Street E, Palmetto, FL 34221.  You can donate here:  Southeastern Guide Dogs

To send flowers to the family or plant a tree in memory of Edward Clancy, please visit Tribute Store
Friday
7
October

Share Your Memory of
Edward
Upload Your Memory View All Memories
Be the first to upload a memory!
Share A Memory
Send Flowers