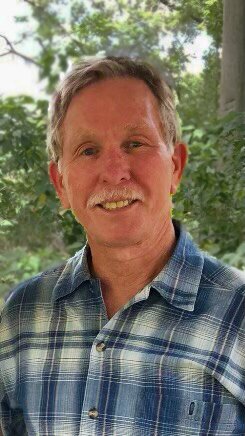 A life filled with love is a life well lived. William John Collins exemplified this. Kind, generous, and genuine. Funny, caring, loving and modest. He was simple, humble and dependable; a rock that could be depended upon in any situation, no questions asked. A friend to all, there was not a single soul who met him and didn’t instantly love him. He was a gentle soul who found happiness in helping others. His family was his pride and joy; he loved and was loved beyond measure. He was about as perfect a person as there could be, the kind of person we all strive to be. He made it look effortless.

William John Collins was born to William and Marie Collins on March 11, 1951 in Brooklyn New York. He married Barbara Smejkal in 1974 and had a 48 year marriage with three children; Tacita, Cory and Dena. Following technical school, he had an extremely successful career as a computer technician that spanned 43 years and included major companies such as Digital, Compaq and Hewlett Packard. Bill and his family moved to Florida in 1997 to fulfill his dream of living on the water. He was an avid boater his entire life, loved to fish, ride his bike and explore new places. He also loved snow skiing, Christmas, meteor showers and ice cream. He really loved his ice cream! But above all else, he loved spending time with his kids and his grandkids. It truly brought him the most happiness.

Bill is survived by his wife Barbara, his children Tacita, Cory and Dena, his grandchildren Gabrielle, Mikayla, Lexi, Collin and Chase, his son-in-law Mark, his daughter-in-law Marisa and his sister Marilyn. He is also survived by his extended family who loved him as true blood family; sisters-in law Linda, Arleen, Judy and Diane, brothers-in-law Mike, Joe and John and nieces and nephews John, Veronica, Mike, Tom, James, Chris, Danielle, Ryan, Keena, Chris and Bryan. In addition, he is survived by the dozens and dozens of friends he has touched and made an impact on over the years, Again, a life filled with love is a life well lived. His life was full of love, and it was well lived beyond a shadow of a doubt.

Over his 71 years, Bill was called many things, and filled many roles. Son, brother, husband, friend. But his favorite, and most cherished titles were DAD and POP, fitting of the man that best filled both these roles. Amazing at both, amazing as a human being. The absolute best of the best. To know him was to love him, and to love him was a blessing. To know him, meant your life was better because of it. He was just that amazing of a person. The world is a bit less bright, a bit less special today as we mourn the loss of one of the best to ever walk it.

To send flowers to the family or plant a tree in memory of William Collins, please visit Tribute Store

Share Your Memory of
William
Upload Your Memory View All Memories
Be the first to upload a memory!
Share A Memory
Send Flowers