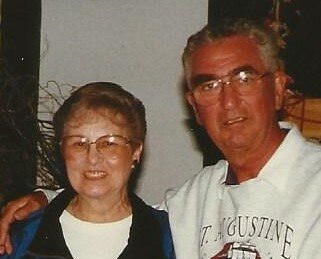 Robert Malcolm McMillan, age 90, passed away on November 25, 2021 in Florida.  He was the youngest son of Thomas George and Bertha (Thompson) McMillan of Owen Sound, Ontario, and the last of his siblings.  He was preceded in death by his parents; his wife of sixty-eight years Barbara (nee Grossett); his five brothers and one sister, Melville McMillan, Preston McMillan, Wilfred “Bink” McMillan, Norman McMillan, Laverne Bunt, and Ernest McMillan; his daughter Leslie McMillan Vetrano; his son Todd McMillan; and his grandson Alexander Vetrano.  He is survived by his grandson Jonathan Vetrano (Ashley), granddaughter Emily Vetrano, great-granddaughter Audry, numerous nieces and nephews, and his son’s widow Debra Johnson.  Bob was born in Ontario, Canada and immigrated to the Detroit area with his wife Barbara and daughter Leslie.  They resided in Sterling Heights and Rochester, Michigan until moving to Florida in 1994.  Bob was an avid golfer and University of Michigan fan, and participated in several Masonic organizations.  A private family memorial is planned.

To send flowers to the family or plant a tree in memory of Robert McMillan, please visit Tribute Store