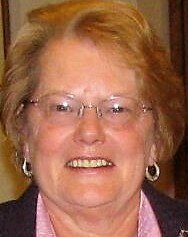 Carol Ann Love (nee Hunter) of Valencia Lakes in Wimauma, FL passed away in the Neuro ICU at Tampa General Hospital on Wednesday, March 16, 2022, as the result of a brain injury sustained in a ground level fall.

Born in 1944 as the first of four children of George and Dorothy Hunter in Philadelphia, PA, Carol was 78 years old at the time of her passing. She was the loving and devoted wife of James “Jim” Love, Sr. and the proud mother of her three sons, Jim Jr. (Jennifer), Michael (Aimee), and Stephen (Marissa). She was a beloved and proud grandmother of her eight grandchildren, Adam, Eric, Jamie, Jason, Kyle, Michaelie, Sydney, and Taylor.

Carol was predeceased by her brother Gary Hunter and is survived by her brothers George and John Hunter. She was a loving aunt to her many nieces and nephews and their children.

Carol was an alumna of Little Flower High School and Holy Family University in Philadelphia, PA. She was an elementary and special education teacher at schools in Philadelphia and Northampton County Pennsylvania, enriching the lives of her many students. After leaving full-time teaching, Carol continued as a substitute teacher in both public and parochial schools in Northampton County.

Carol loved the adventure of domestic and international travel with her husband Jim. When her boys were younger, the family would take long road trips around the country in their station wagon with their pop-up camper in tow. Later in life, she and Jim enjoyed ocean, river, and land cruising. Over the years, they visited all 50 states, 32 countries, and six continents. She was a huge fan of the U.S. National Park System, maintaining and regularly updating her NPS Passport.

As a creative spirit, Carol enjoyed making clothes for herself and her three sons when they were young as well as custom outfits for her granddaughters’ dolls. Carol was an accomplished violinist in high school and also played the piano and accordion. She sometimes led the singing at her church in Philadelphia, PA and performed in the bell choir at her church in Nazareth, PA.

Always active as a volunteer in church, community, and service organizations, Carol often led by example, stepping into key roles to make a significant impact. When her boys were rowers at St. Joseph’s Prep High School in Philadelphia in the late 1980s, she could be found on the banks of the Schuylkill River running the stand for t-shirt sales. Later in life, her volunteer activities included home and school associations, the National Exchange Club, and, most recently, serving as Assistant Secretary of the Valencia Lakes Military Veterans Club.

Carol had incredible resilience, toughness, and persistence when facing any challenge. One of her greatest legacies is that she passed this spirit along to her sons and grandchildren.

Friends and relatives are invited to her viewing on Sunday, March 27 at the Sun City Center Funeral Home from 6 to 8 p.m., her Funeral Mass will be live streamed on Monday, March 28 at 10:30 a.m. at Prince of Peace Catholic Church in Sun City Center, FL followed by her burial at Sarasota National Cemetery at 1:30 p.m.

To send flowers to the family or plant a tree in memory of Carol Love, please visit Tribute Store
Sunday
27
March

Share Your Memory of
Carol
Upload Your Memory View All Memories
Be the first to upload a memory!
Share A Memory
Send Flowers