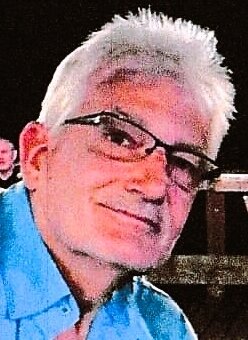 Martin Anthony Rizzo of Wimauma Florida passed away on February 21st after a battle with cancer. Martin was born on August 23 1955 to Anthony and Carole Rizzo in Detriot. After Martin graduated from Fraser High School in 1973, his interests, after serving two years in the army, lead him to the computer field. He also played hockey and baseball. In 1976 he met  Robin Capling at the Exit Lounge. Martin and Robin went on to have two children Kyle and Sarah. In 2012 he retired and spent his time golfing, boating, and grilling for family and friends. In 2016 Martin and Robin moved to Florida to live out the rest of their retirement years. He is survied by his childern Kyle, Sarah (James) and grandkids Logan, Athena, Grayson and Jack, brothers Greg (Carol), Steve, Tony (Dawn), Chet (Sue) and Matt and sister Virginia (Larry) and broher-in-laws Greg, Rod (Denise) and sister-in-law Pam (Wally). He is also surivied by several nieces and nephews. A memorial luncheon will be planned for family and friends of Martin later this summer.

To send flowers to the family or plant a tree in memory of Martin Rizzo, please visit Tribute Store

Share Your Memory of
Martin
Upload Your Memory View All Memories
Be the first to upload a memory!
Share A Memory
Send Flowers