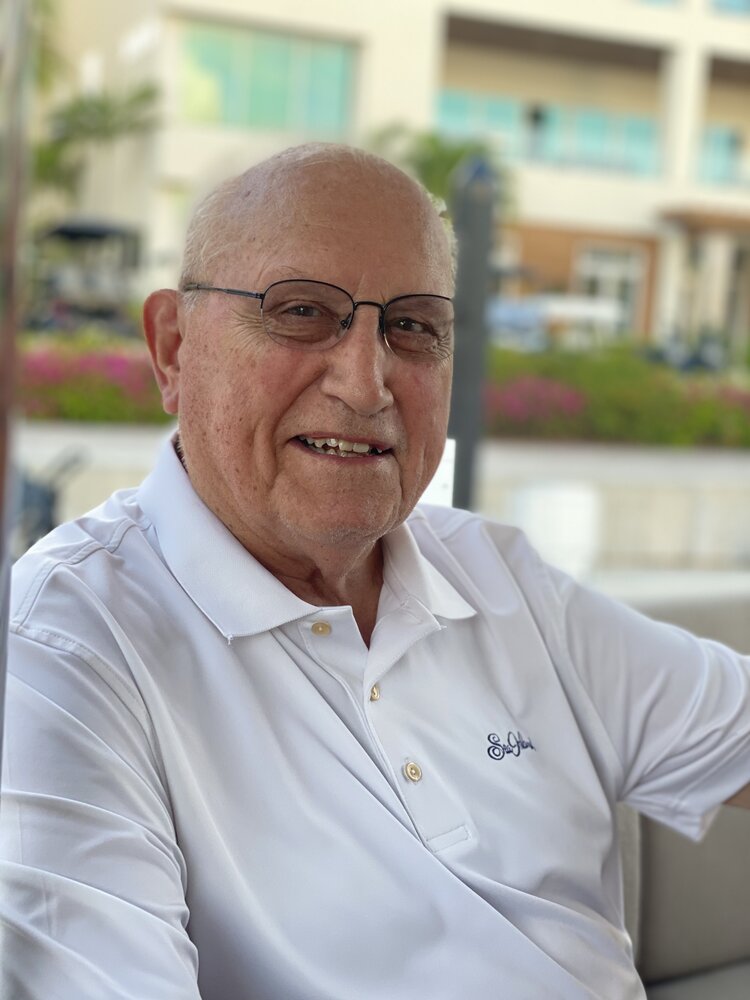 Don was born in Salem, Ohio to Vincent and Alma Orians. On September 3, 1960 he married Barbara Kleman.

Prior to graduating from Bowling Green State University (Ohio), he proudly served his country in the Korean War. Don worked as a corporate credit manager until he retired.  He was an active member of Prince of Peace Catholic Church, The American Legion, and Knights of Columbus. Don loved all sports especially the Ohio State Buckeyes, Cleveland Browns, and Cleveland Indians. He was an avid softball player for many years which led to an umpiring career that spanned over 13,000 games. He was an "acts of service" kind of guy who had great love, appreciation and pride for his family.

Don was preceded in death by his parents, Vincent and Alma Orians, and his siblings, Robert, Basil, Paul, Evelyn, Rosemary, and Marilyn. Don is survived by his wife, Barbara, his sister, Ardith, and his children, Jeff (Diane) Orians, Julie (Otis) Baty, Jennie (John) Williams, Jackie (Kevin) Ross, and JoAnn (Art) Larin.  He had 10 grandchildren and 3 great grandchildren.

Don's Memorial mass will be Monday February 28, 2022 at 10 AM at Prince of Peace Catholic Church in Sun City, Florida.  A military service will follow at Sarasota National Cemetery at 1 PM.  A Celebration of Life will take place at the family home beginning at 3:30 PM.

In lieu of flowers, memorial donations may be made to Moffitt Cancer Center Foundation, 12902 Magnolia Drive MBC-Found, Tampa, Fl. 33612

To send flowers to the family or plant a tree in memory of Donald Orians, please visit Tribute Store

Share Your Memory of
Donald
Upload Your Memory View All Memories
Be the first to upload a memory!
Share A Memory
Send Flowers