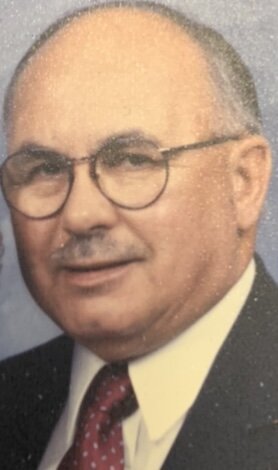 Blaine grew up in Berrien Springs, MI, graduating from Berrien Springs H.S.  He served in the Armed Forces (Army) from Sept. 1955 - June 1957. He was a Tool and Die Maker by trade and also farmed 50 acres.  He enjoyed farming, making wine from his grape harvest, traveling, fishing, camping, golfing, spending time with his grandson, German food/bier, and dancing the polka!  He was an active member of the American Legion (lifetime), St. Joseph Kickers Sport Club, DANK in Benton Harbor and the Society of Manufacturing Engineers.

To send flowers to the family or plant a tree in memory of Blaine Brown, please visit Tribute Store

Share Your Memory of
Blaine
Upload Your Memory View All Memories
Be the first to upload a memory!
Share A Memory
Send Flowers