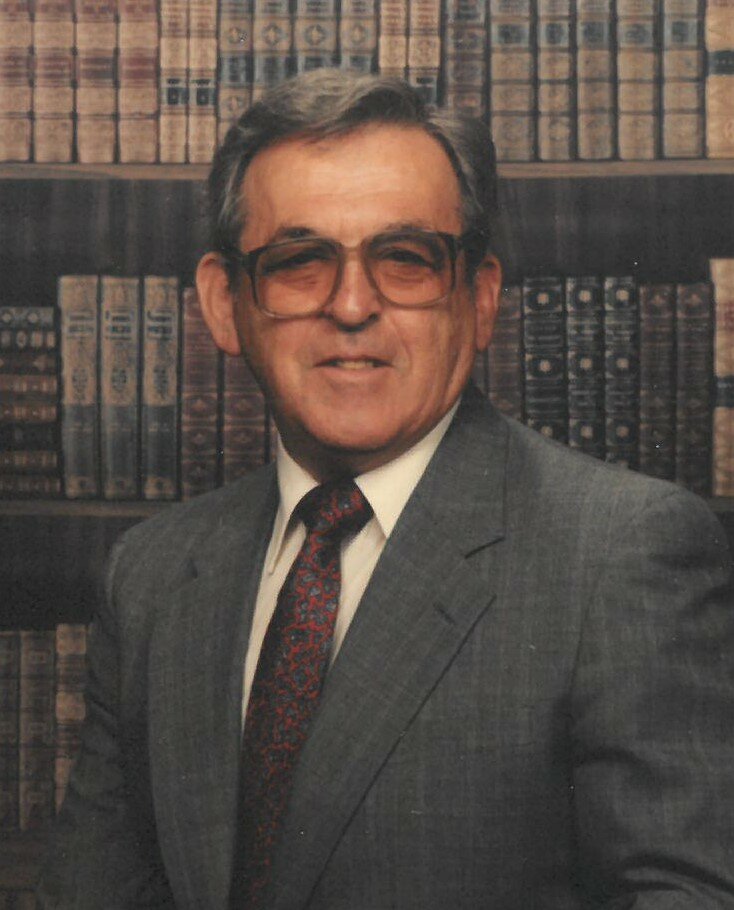 Lester Terromo Moretti was called to heaven on October 18th after a short but courageous battle with cancer. He was born June 19, 1926 in Philadelphia, PA., one of 8 children of Joseph and Mary Josephine (Saracino) Moretti.  He served admirably in WWII, earning the Purple Heart for wounds sustained in combat.

In 1953, Lester met and married the love of his life, Vera “Jackie” McAuliffe.  They shared a long, amazing life together, married for 68 years.  He was a self-employed TV repair technician and in later years, sold vinyl records and collectibles on eBay.  Lester was multi-talented, producing many works of art in sketching, painting, wood bird carvings, and other forms of visual arts.  He wrote prose and poetry, and spent years writing a thriller novel called Gator Don. He could add long columns of figures in his head, hunt, fish and golf with the best of them.  Les was an avid sports fan, most often supporting the Philadelphia Eagles and Phillies, but more recently enjoyed the Bucs, Rays, Lightning and college football.

Les and Jackie moved to Florida in 1995 and lived in Sun City Center since 2000.  They truly loved the warm weather and never missed the snow, especially shoveling it and scraping ice from the windshield.

Viewing will be held on Thursday November 4th from 5-7 PM at Sun City Center Funeral Home.  Funeral Mass at 11:00 AM Friday November 5th at Prince of Peace Catholic Church, Sun City Center and Interment with military honors at 12:30 PM Wed. Nov 17th at Sarasota National Cemetery.  In lieu of flowers, donations may be made to Veterans of Foreign Wars, Wounded Warrior Project or Home Helpers of Brandon FL.

To send flowers to the family or plant a tree in memory of Lester Moretti, please visit Tribute Store
Thursday
4
November

Share Your Memory of
Lester
Upload Your Memory View All Memories
Be the first to upload a memory!
Share A Memory
Send Flowers