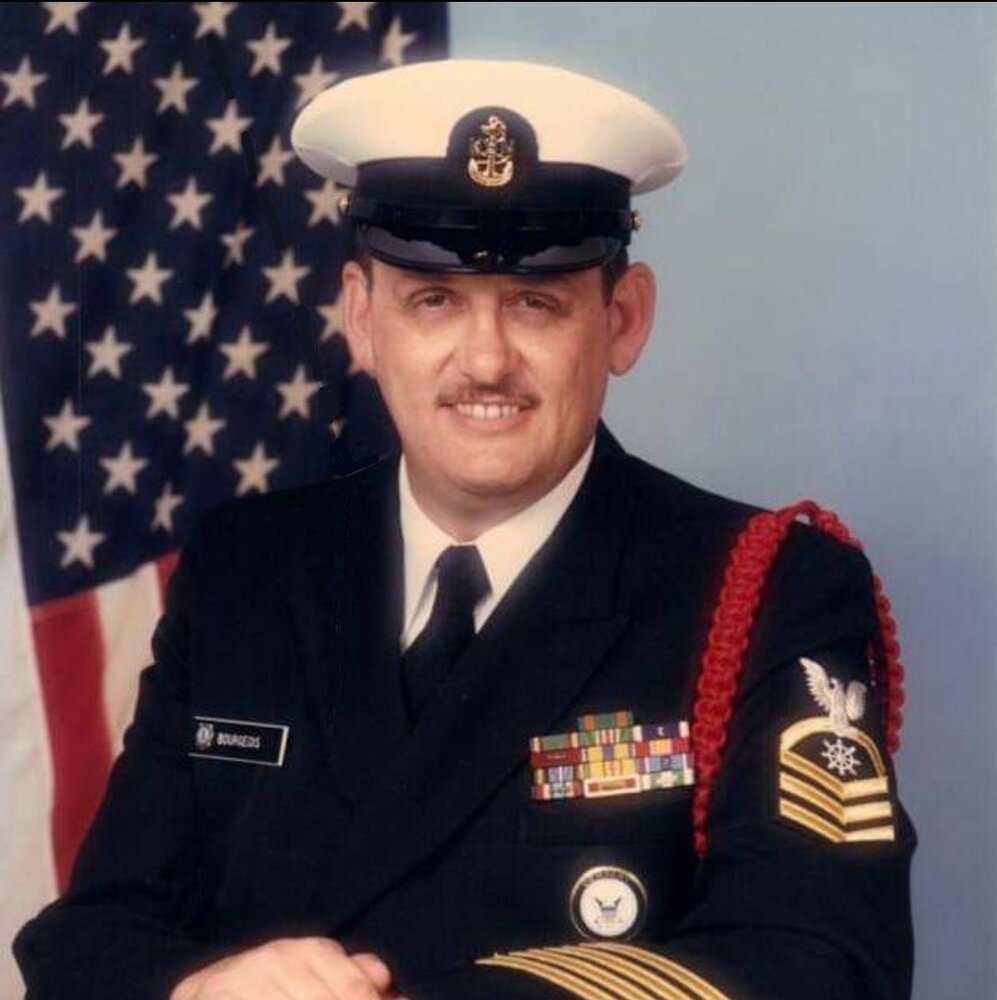 Quartermaster Chief Petty Officer (Ret.) Louis “Louie” Joseph Bourgeois Jr., a native of Thibodaux, LA and resident of Tampa Fl, passed away Saturday, October 9, 2021 at the age of 72 from a battle with cancer.

Chief Louis Bourgeois was a graduate of Thibodaux High School and Columbia College, Columbia, MO. and served in the United States Navy for 22 years during which time he was awarded the Navy Achievement Medal, Vietnam Unit Commendation with Gallantry Cross, Vietnam Service Medal, Vietnam Campaign Medal, and various other medals and awards. During his 22 years of service, he was stationed in Seattle WA, several California naval bases, Hong Kong, Vietnam, Philippines, and Florida. Upon his retirement from naval service Louis worked for the Department of Defense as a federal law enforcement officer in Orlando, Florida achieving the rank of Lieutenant.

To send flowers to the family or plant a tree in memory of Louis Bourgeois, please visit Tribute Store
Wednesday
20
October

Share Your Memory of
Louis
Upload Your Memory View All Memories
Be the first to upload a memory!
Share A Memory
Send Flowers