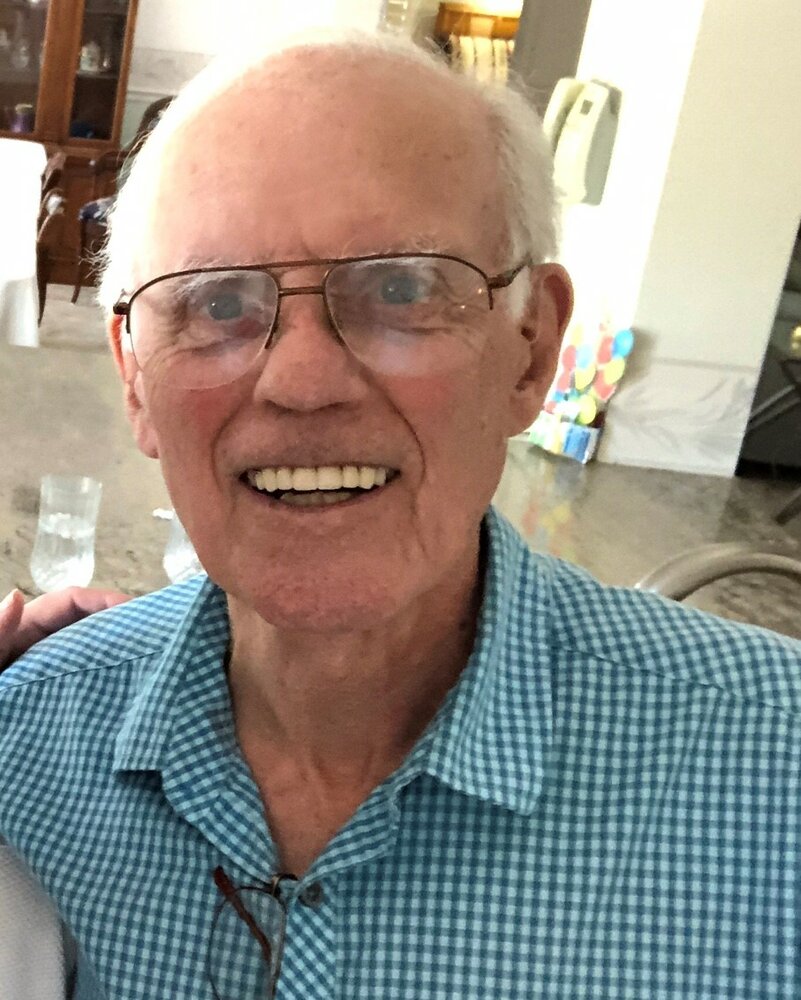 On December 5, mid-winter of 1931, Jeff, the eighth child of Harry E. and Lizzie
(Auckerman) Landis was born at home in Central City Pa. His mother developed pleurisy and was gravely ill throughout the month and was given medical help at home by volunteer nurses and numerous relatives and neighbors. The older children and friends cared for baby Jeff during that period. Jeff was named after both grandparents, Jefferson D. Landis and Oliver Auckerman. Siblings were, starting with the oldest, Ruth, Frank, Louise, Bernice, Elma, Fay and Jack.

Jeff and all his siblings began school in a two-room school with no plumbing and rudimentary heating in what was referred to as "Old Central". After 5th grade, students then attended a much nicer two-story school in "New Central" across town, where they remained through the eighth grade. High school was in Caimbrook where Shade Township High was located. Central City did not provide school buses, so students within the borough had to trek the mile and a half to and from Caimbrook for the next four years.

It was during the summer after his freshman year at Shade that Jeff met Joetta Lyon, whose family had just returned to the area after having spent a year in Corpus Christi, Texas, where Dr. Thayer Lyon, her father, had gone to practice medicine because of his health. They "dated" throughout high school and Joetta would, in later years, become his wife. Dating was essentially the 25c Saturday night movie at the Central City movie theater followed by a stop for a "lemon blend" at Kirkman's drug store.

At age 13, Jeff was issued his social security card and worked as a "tender" with his father and brothers in the brick mason trade. However, after graduation from high school, he was selected by Somerset Trust's president, John Scull to attend the start-up Somerset Summer Art School and was provided a scholarship of $600 (the equivalent of what he would have earned as a tender). Then it was on to Indiana State Teachers College where he majored in Art, with summers as a student and part time teacher at the summer art school.

After two years at Indiana and a change in career goals, he transferred to the Pittsburgh Art Institute in preparation for a career in commercial art and illustration. The Korean war was being waged, and in 1952 school was cut short and Jeff was drafted into the army. His two years at Ft. Bliss, Texas provided him an opportunity to further his education at night school at U of Texas, El Paso, where he also made contacts with local advertising agencies. His MOS (military job title: "draftsman") provided him with basic studio equipment that allowed him to do free-lance illustrations for those ad shops, one of which subsequently hired him after his discharge in 1954.

Joetta was finishing her nursing education at U. of Pittsburgh and after nurse's training she, along with Marion Russel, a friend and fellow registered nurse, drove to El Paso and worked at Doctor's Hospital there.

March 23, 1956, Jeff and Joetta were married in El Paso and had a brief Honeymoon in the New Mexico mountains at Ruidoso. Later in September that year they drove their brand-new orange Volkswagon out to the Monterey Peninsula in California and vacationed at a cabin on the coast in Pacific Grove. Approximately a year after their wedding they packed up a U-Haul trailer and left El Paso for Miami, Florida. The first 2 1/2 years there Jeff was with an Ad agency in Miami Beach, then did free-lance illustration for another 2 1/2 years, working out of a studio in their home. During those five years in Miami their two daughters were born. Heather Ann was born on September 9, 1957, and Marie Joetta on July 3, 1959.

In 1962, the family moved to Kansas, where Jeff had taken a position as art director with the Brewer advertising agency in Kansas City Missouri, and where Joetta's aunt Maude (Kennedy) House lived. Jeff and Joetta designed and built a home there that included an area for an apartment for Dr. and Mrs. Lyon, who would retire and move there in 1965.

In 1978, the Ad Agency, which was now part of Young and Rubicam, an international agency, approved a transfer to a sister agency in St. Petersburg. And the Landis' were back in Florida once again. Heather had just recently married Mark Schlessman and they occupied the house for a few months before its final sale. Joetta's father had passed away in 1973 and her mother joined them in the move. Three years with the agency there and Jeff once again formed his own studio. Marie Joetta had now graduated from U. of Kansas and after a brief stint
with a Tampa TV station as camera operator, she joined dad in the studio as graphic artist. Joetta married Christopher Lewis of St. Petersburg.

In 1996, Jeff and Joetta traveled the state and elsewhere looking for the ideal
place to retire. They found it just across Tampa Bay. Sun City Center, a vibrant, active community provides every conceivable activity one could possibly want.
For several years Jeff was very involved in the pottery club and Joetta in the local
weight club. Both revived their interest in music: and participate in musical groups, Joetta on the piano and Jeff on trumpet. Joetta sang for several years with the "Sweet Adeline’s". They are active in both the fitness center and the exercise pool.

In lieu of flowers, please feel free to donate to St. Petersburg College in Jeff’s name - here is the link: https://spcollegefoundation.spcollege.edu/giving/