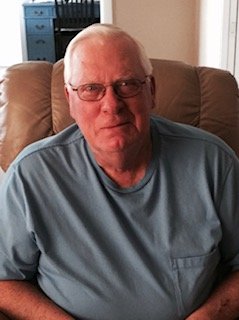 Obituary of Harry A. Clayton

Harry A. “Pap” Clayton went to be with the Lord, who he loved to serve, on September 11, 2020. He fought a courageous battle with Alzheimers for three years. Harry was born in Waynesburg, PA on March 27, 1940 to the late Samuel S. Clayton and Marjorie Orndoff Clayton. He was preceded in death by Betty Ruth Davis, mother of  Mark Allen Clayton (deceased).

He spent his early years in PA, graduated from West Greene High School and attended West Virginia University. Harry worked the first twenty five years for Coca Cola Bottling Company, starting as a route salesman in Lima, Ohio and after many positions and locations, he retired as Sr. Vice President in Fort Lauderdale, FL. He then joined the Word Publishing Company in Waco, Texas as Vice President of Church Services. Word was later acquired by Thomas Nelson Publishing, requiring him to relocate to Nashville, TN, where he retired as Sr. Vice President of Multi Media in 2001.

Harry was an avid hunter, author, and film producer. He loved helping young Christians enrich their faith and advance in the Christian publishing field. He was an ordained deacon in the Baptist Church, a Gideon and a member of several organizations.    He spent his last 10 years in Sun City Center, where  he met and married Lynn Fink.   Harry loved being part of  his Church visitation and singing ministry to the local nursing homes.

A memorial service to celebrate his life will be held October 17 at 10:00 AM at the United Methodist Church, Sun City Center, FL.   He requests, in lieu of flowers, that donations be made to the Scottish Rite Hospital in Dallas, Texas.  The hospital address is 2222 Welborn Street, Dallas, TX 75219.

To send flowers to the family or plant a tree in memory of Harry Clayton, please visit Tribute Store

Share Your Memory of
Harry
Upload Your Memory View All Memories
Be the first to upload a memory!
Share A Memory
Send Flowers