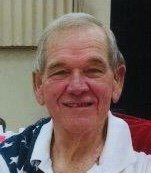 Paul Sterwerf of Sun City Center, Florida, formerly of Libertyville, Illinois went to be with our Lord on Friday, July 10, 2020 at South Bay Hospital. Paul was born on January 25, 1946 in Hamilton, Ohio to Russell and Dorothy Sterwerf.  He is survived by his loving wife of 52 years, Barbara (Batson), son Jason of McHenry, Illinois, daughter Kathleen Sterwerf-Jackson and son-in-law David Jackson of Lakeland, Florida, two grandchildren Alyssa and Griffin Sterwerf and a cherished niece Dawn Michelle White of Oregon.  He is proceeded in death by his sister Shirley Waits and loving Aunt Janet Abbott.

Paul graduated from Miami University, Oxford, Ohio and held a CPA license.  Paul quickly obtained success in the finance arena, achieving the role of Vice President at Itel Rail, a transportation corporation, honing his love for trains. Paul was known as a jokester and telling good stories.  Paul also had a love of Classic Rock music.

In December 2011, Paul and Barb joined his loved brother-in-law Gregory Batson by relocating to Sun City Center, Florida.  They quickly established the love of the beaches, purchasing a convertible enabling them to enjoy many star-studded beach nights.  Paul participated in various community affairs, dispatching for the SCC Emergency Squad, serving as an HOA officer, and enjoyed retirement thru various and sundry fun activities with many friends.  In August 2017, a 50 Year Anniversary celebration was held for Paul and Barb, where their life together was celebrated by many loving family and friends.

In lieu of flowers, memorials can be made to The Sterwerf Family Academic Scholarship Fund.  This scholarship is being established in Paul’s name to support high school students that choose higher education as a business major in finance or accounting.  The scholarship will be awarded to those meeting established academic criteria.  These memorials can be sent to 2242 W Del Webb Blvd, Sun City Center, FL 33573.

A beachfront celebration of life ceremony will be held by the family in September. Details to follow.

To send flowers to the family or plant a tree in memory of Paul Sterwerf, please visit Tribute Store