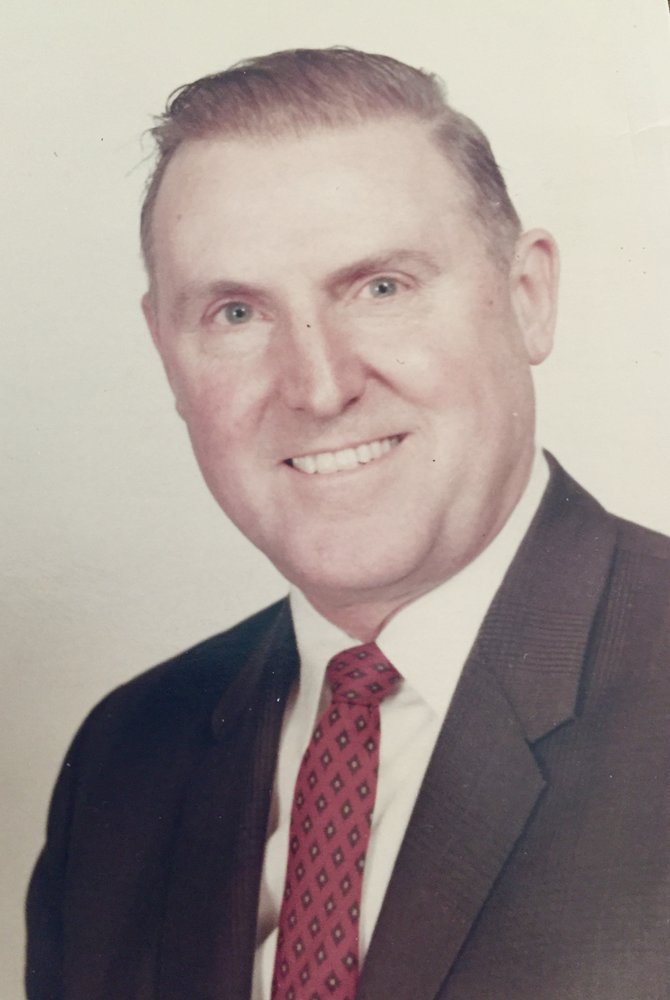 Over 102 years ago, the world welcomed a little French Canadian /American boy onto this planet. He was born in Ashland, Maine attended a French-speaking primary school, and after moving to Worcester, Massachusetts became a track star earning him a track scholarship to Michigan State University. After his freshman year and WWII beginning , this young man enrolled in the Army Air Corp earning the rank of Staff Sergeant serving as a supply sergeant, MP and a French interpreter during World War II. Upon completing his service he married the love of his life, Helen Seabury, finished his educational goals by attending Hofstra University earning his undergraduate degree and then Adelphi University earning his masters degree. He set roots down in Baldwin, Long Island, New York. From there, he became a teacher and principal of three local elementary schools; Coolidge, Brookside and Plaza.

He raised a remarkable daughter, Ellen, who he always referred to as his “Pal” and became an inspiration to those who knew him in the community. He retired and became a professor at Nazareth College in Rochester, New York. There are so many remarkable things I could say about my grandfather and the amazing life he had. I am glad he will now be with my grandmother in heaven, but I will miss his knowledge and wisdom. Thank you Papa for being “The Rock” of our family. Mom and I love you and will miss you forever. On se souviendra toujours de toi. Jusqu'à ce que nous retrouvions mon grand-père.

He was preceded in death by his wife Helen Elizabeth Seabury Cyr.

Due to the corona virus, interment at the National Cemetery in Sarasota, will be announced at a later date.

To send flowers to the family or plant a tree in memory of Raymond Cyr, please visit Tribute Store

Share Your Memory of
Raymond
Upload Your Memory View All Memories
Be the first to upload a memory!
Share A Memory
Send Flowers