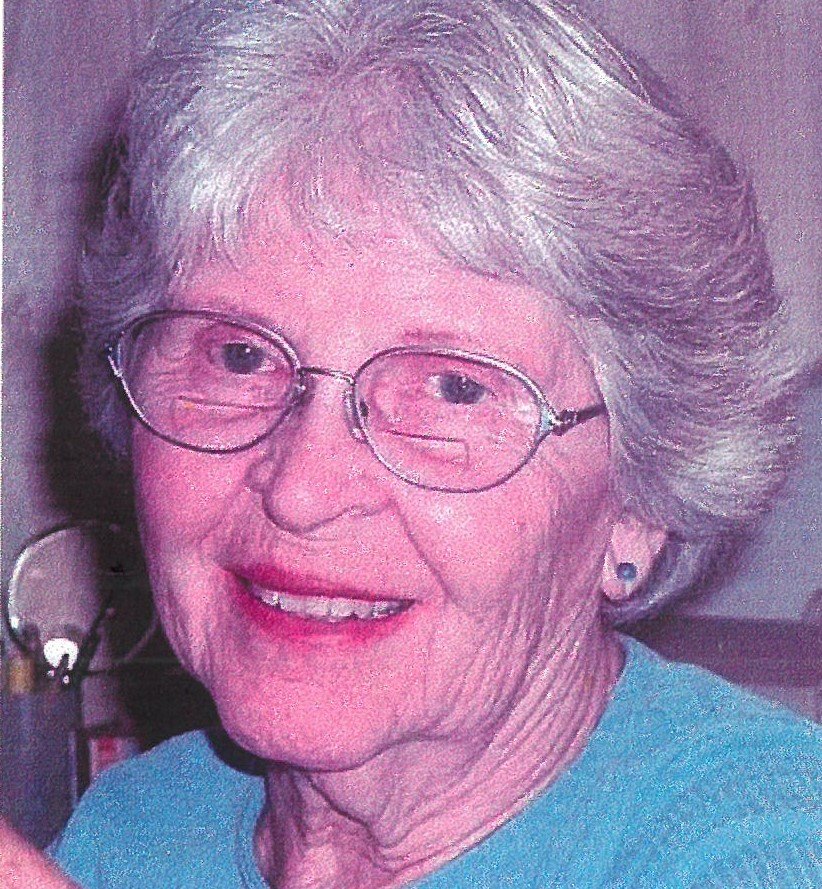 When she was still in her 80's, Dorothy Johnetta Edwards DuBois said she never wanted to live to be 100. On February 23, 2020 she got her wish, and in her 99th year, 11th month and third day she graduated to heaven.

Dottie, as she was called by those she loved, leaves behind a very large family and a beautiful legacy of a godly life. She will be remembered for her love of Christ, having the softest hands, and telling the best stories. Her infectious smile would light up a room and she will be missed by everyone who was blessed to know her.

Born on a farm in Hecla, South Dakota in 1920, she was the daughter of the late Charles and Ella Edwards and the eldest of their five children. After graduating from Hecla High School she moved to Tucson, Arizona where she worked at the soda fountain of an Army PX. One day a handsome, young GI came in and paid for his drink with a dollar bill he had tied into a knot. Irritated at the foolishness she ignored him and thought no more of it. A few more weeks passed when Tech Sgt. Bill DuBois asked her on a casual date and three months later they were married. Later she found out that she had tied the knot with the Bill that tied the dollar bill in a knot! They were married for 46 years and together raised their four children moving from Arizona to Indiana, finally settling in Florida.

For fun, Dottie enjoyed caring for her rose garden, eating ice cream for breakfast (Butter Almond was her favorite), and was a skilled card player. Forever young at heart, there seemed to be no slowing her down. Even into her late '80s, she traveled by plane and bus to visit friends and family around the country.

Dottie is pre-deceased by her husband Bill and her son Terry DuBois. She is survived by her youngest brother Richard Edwards of Hecla SD and her children, Larry DuBois (Anita) of Columbia SC, Billie Klemm of Ruskin FL, and Jon DuBois (Betsy) of Champaigne IL. Also surviving are 14 grandchildren, and numerous great and great-great grandchildren.

Share Your Memory of
Dorothy
Upload Your Memory View All Memories
Be the first to upload a memory!
Share A Memory
Plant a Tree