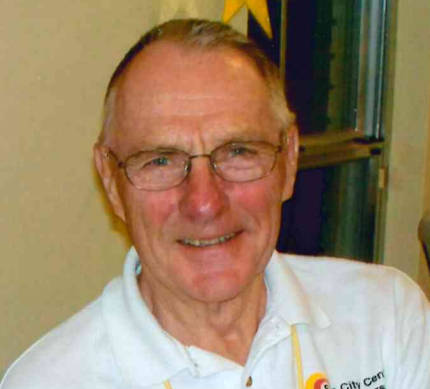 Obituary of John A. Bukowski

John Bukowski of Sun City Center, Florida passed away on January 6, 2023, he was 85 years old. He is preceded in death by his parents, Anthony and Sophie Bukowski, and his sister, Phyllis Swana.  He is survived by his wife, Barbara Bukowski; a blended family of Anthony Bukowski, William Bukowski, Catherine Sweet, Elizabeth Jones, Anne Harshbarger, Joseph Swiatek, Catherine Hoffman, and Jane Swiatek; 14 grandchildren and six great grandchildren.

Throughout his life, John was active in his church and community.  Born and raised in Webster, Massachusetts, he was a communicant at St. Joseph’s Church, serving on the parish council, as a lector, an active member of Friends of St. Joseph, and was a driving force in organizing their first parish festival as well as serving as the event’s co-Chair for many years.  He and Barbara moved to Sun City Center (SCC) in 1992 and continued this level of engagement.  He became a communicant at Prince of Peace Catholic Church where he also volunteered as an Usher for over 20 years, rising to the level of Captain of the Usher Team.  He was a proud member of the Bishop Charles McLaughlin Knights of Columbus Council #7282 and achieved Third Degree.  He was a Charter member of the Fourth Degree Prince of Peace Assembly #2533 of the Knight of Columbus.  He also served as Faithful Navigator and with the Color Corp.  He volunteered as a driver for the SCC Security Patrol for 25 years along with the Wheelchair Maintenance Crew with the SCC Emergency Squad for many years.

John enjoyed traveling. He and Barbara visited many countries including South Africa, England, and Italy.  Their travel within the USA usually involved an RV by which he achieved his goal of visiting all the lower 48 states.  He was a lifelong tool and die maker and loved to tell stories about working on everything from the NASA space suits to the new US One Dollar coin.  He also served as an SP3 in the US Army from 1955 to 1958.

In lieu of flowers, the family requests donations in John’s memory be sent to the SCC Security Patrol, 1225 N. Pebble Beach Blvd, Sun City Center, FL  33573; the SCC Emergency Squad, 720 Ray Watson Drive, Sun City Center, FL  33573; or St. Joseph School, 47 Whitcomb Street, Webster MA 01570. His Funeral Mass will be celebrated at Prince of Peace Catholic Church on Tuesday, January 24, 2023 at 11:00 a.m.  John’s urn will be interred at a later date in a family plot at Our Lady of Czestochowa parish cemetery in Turners Falls, Massachusetts.

To send flowers to the family or plant a tree in memory of John Bukowski, please visit Tribute Store
Tuesday
24
January