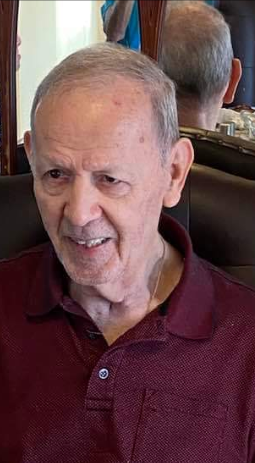 Wilson came at the age of 15 from Cabo Rojo Puerto Rico to live in his beloved South Bronx in New York. At the age of 19 Wilson met the love of his life Lucy at a house party in the Bronx, from then on they were inseparable. They dated for 3 years then married and shared an amazing 67 years of love and memories.

Wilson was the type of man that was well respected by his peers. Wilson dedicated 27 years of his life to his job as a Foreman at Continental Connectors Electronic Corporation. When engineers couldn’t understand a problem they would go to Wilson with the blueprints so that he can help them out.

Wilson passion for music was such that he self taught himself how to play the guitar. All of His children and grandchildren have so many memories of Wilson sitting down playing his guitar and singing old songs such as “Guantanamera” or “En mi Viejo San Juan”, while always having that smile he had that would light up the room. Another passion Wilson had was playing dominos and watching “HIS” New York Yankees play baseball, but above all he loved spending time with his family.

To send flowers to the family or plant a tree in memory of Wilson Matos, Sr, please visit Tribute Store
Monday
7
November

Share Your Memory of
Wilson
Upload Your Memory View All Memories
Be the first to upload a memory!
Share A Memory
Send Flowers