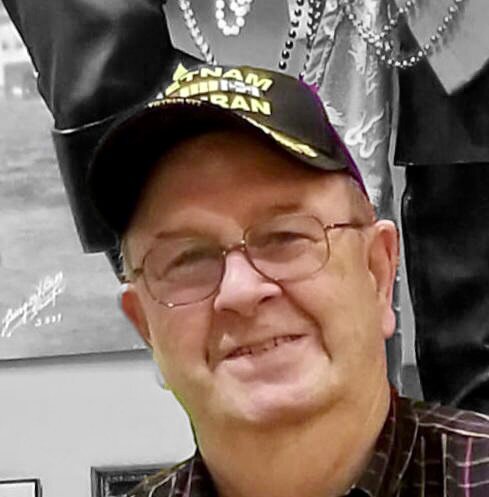 James “Jim” Lawrence Love, Sr. of Valencia Lakes in Wimauma, FL passed away in the ICU at Tampa General Hospital on Friday, September 23, 2022.

Born in 1944 as the only child of Lawrence and Elizabeth Love in Philadelphia, PA, Jim was 78 years old at the time of his passing. He was the loving and devoted husband of Carol Love, who predeceased him ahead of their 57th wedding anniversary. He was the proud father of his three sons, Jim Jr. (Jennifer), Michael (Aimee), and Stephen (Marissa), and was a beloved and proud grandfather of his eight grandchildren, Adam, Eric, Jamie, Jason, Kyle, Michaelie, Sydney, and Taylor. He also was a loving uncle to his many nieces and nephews and their children.

Jim was an alumnus of Father Judge High School and LaSalle College, and also spent time at Drexel University before he was called for duty in Vietnam. He served his country as a soldier in the U.S. Army for two years, rising from draftee to sergeant and earning a Bronze Star Medal. Upon returning home from Vietnam, Jim started his business career as a teller at First Pennsylvania Bank. He spent the bulk of his 40+ year career at First Pennsylvania, continually rising through the ranks to become a Senior Vice President (with an office on the top floor of the “Clothespin” building in Center City Philadelphia) while pursuing his college degree (graduating maxima cum laude with his children in attendance).

The later years of Jim’s career coincided with the merger mania of the banking industry. He played a role in First Pennsylvania’s merger with CoreStates Financial Corporation in 1989 and the sale of CoreStates’ Virgin Islands branches to Banco Popular de Puerto Rico in 1993 before moving on to senior roles at other nearby banks in Pennsylvania and New Jersey.  Jim eventually left the Philadelphia area in 1999 to become the CEO of Merchants Bank in Bangor, PA. In 2001, he was named the Businessperson of the Year by the Slate Belt’s Chamber of Commerce.

During his working years and in retirement, Jim loved the adventure of domestic and international travel with his wife Carol. When their boys were younger, the family would take long road trips around the country in their station wagon with their pop-up camper in tow. Later in life, he and Carol enjoyed ocean, river, and land cruising. Over the years, they visited all 50 states, 32 countries, and six continents.

Always active as a volunteer in church, community, and service organizations, Jim often led by example, stepping into key roles to make a significant impact. He coached his sons’ baseball and football teams at Crispin Gardens A.C. in Northeast Philly during the late ‘70s/early ‘80s, and served as the club’s president for a few years. When his boys were rowers at St. Joseph’s Prep High School in Philadelphia in the late ‘80s, he and his wife Carol could be found on the banks of the Schuylkill River running the stand for t-shirt sales. Later in life, his volunteer activities included the National Exchange Club, and, most recently, the Valencia Lakes Military Veterans Club.

Most importantly to us, his three boys, Jim was a great father. Still hanging in a prominent place in his home office is a framed Father of the Year Award, signed by the three of us in 1976. Here is a random sampling of our great memories (none of which had anything to do with his business career): playing “steady” quarterback for us in Nerf football games on Mower Street; leaving the room at our insistence whenever Tony Franklin came on to attempt a field goal for the Philadelphia Eagles because Franklin “always” missed when our dad stayed in the room; leading us on bike rides down “Black Hill” into Pennypack Park; coaching our youth baseball and football teams; taking us camping – LOTS of camping – all around the country; swimming with us at Winchester Swim Club and at campground pools; teaching us how to jump and ride ocean waves at the Jersey Shore; being present at our high school and college crew regattas on bodies of water far and wide, such as the Schuylkill River, Lake Quinsigamond, and the River Thames; and taking a similar interest in his eight grandchildren.

Friends and relatives are invited to Jim’s viewing on Sunday, November 13, at the Sun City Center Funeral Home from 5:30 to 7:30 p.m., his funeral mass on Monday, November 14, at 10:00 a.m. at St. Patrick Catholic Church in Sarasota, followed by his burial and military funeral honors at Sarasota National Cemetery at 11:30 a.m.

In lieu of flowers, the family is asking for donations to the Idiopathic Pulmonary Fibrosis Foundation (https://ipffoundation.org/donate/).

To send flowers to the family or plant a tree in memory of James Love, please visit Tribute Store
Sunday
13
November