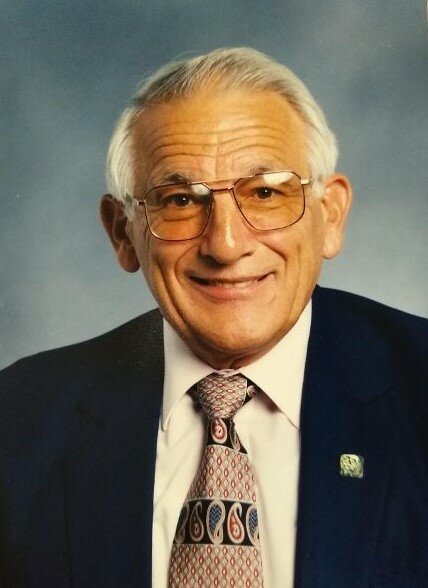 He is survived by his devoted wife of 65 years, Margaret (Meffe) Pellegrin. He also leaves behind many loving nieces, nephews and a large, admiring extended family.

Dominick had several successful careers in his lifetime. He was President of a commercial & residential heating and air conditioning business. He was an independent owner of a popular catalog sales agency. He was Executive Director of a County Opportunity Workshop which trained and supervised adult clients with physical limitations. In Florida he spent thirteen enjoyable years teaching Hillsborough County students.

Dominick’s life interests included tennis, photography, foreign travel, and ventures in real estate: he physically built one of his own homes, and he renovated multiple rental units that he leased out.

He had a dedication to his Catholic faith, a lively sense of humor, and an adventurous spirit. He will be greatly missed.

Funeral arrangements were handled by the Sun City Center Funeral Home. Interment of ashes was completed at the Calvary Catholic Cemetery in Clearwater, Florida. Memorial donations can be made to Dominick’s favorite charity:  Shriners Hospitals for Children, 2900 Rocky Point Drive, Tampa, Florida 33607.

To send flowers to the family or plant a tree in memory of Dominick Pellegrin, please visit Tribute Store

Share Your Memory of
Dominick
Upload Your Memory View All Memories
Be the first to upload a memory!
Share A Memory
Send Flowers