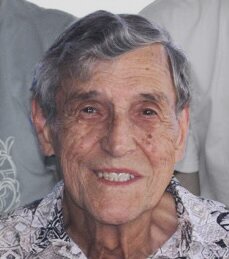 Richard Bessette, 85, of Sun City Center, passed away in his sleep on August 11, 2022 at Hospice House.  He was the beloved husband of Jeanne Bessette, with whom he shared 64 years of marriage.

Born in Randolph, MA on May 29, 1937, the son of the late Leon and Diana Bessette.  Richard graduated from New Bedford High School in 1954, and then enlisted in the U. S. Navy.  He served from 1955 until 1958, during the Korean War, and he attained the rank of Petty officer 2nd Class.

He married Jeanne Desrosiers in October 1958, and together they had four sons.  Richard earned a degree in Electrical Engineering from U. Mass in 1968, and became a Registered Professional Engineer in July 1976.  He worked at Commonwealth Electric Utility as an Electrical Engineer for 23 years before retiring in April 1993.

Richard is survived by his wife, Jeanne; by his sons and their wives:  Paul and Teresa Bessette of Austin TX, Marc and Lynn Bessette of St. Johns, FL, David and Reyna Bessette of Sahuarita, AZ, and Michael and Michele Bessette of Gold River, CA; by his five grandsons; and by his sister, Diane Piper of Burkeburnett, TX.

In lieu of flowers please consider a donation to  www.cancer.org

To send flowers to the family or plant a tree in memory of Richard Bessette, please visit Tribute Store

Share Your Memory of
Richard
Upload Your Memory View All Memories
Be the first to upload a memory!
Share A Memory
Send Flowers