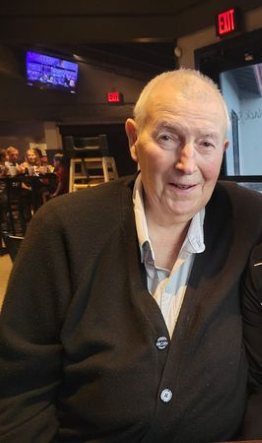 James E. Mizerak, 88 years old, of Nottingham, Kings Point died Sunday, July 31. Jim had lived in Nottingham since 2014, having moved with his spouse, Sally, from Pittsburgh, PA.  Before moving to Florida, Jim had a small independent claims company, Mizerak Adjusting Company, that investigated claims in West Virginia, eastern Ohio, western and central Pennsylvania. He had a BS from Indiana University of PA. He was a tank commander in the Army, serving in Germany, and was called back during the Cuban Missile Crisis. Jim is survived by his wife, Sally and son Matthew. A second son, Andy, died in 2015.

To send flowers to the family or plant a tree in memory of James Mizerak, please visit Tribute Store