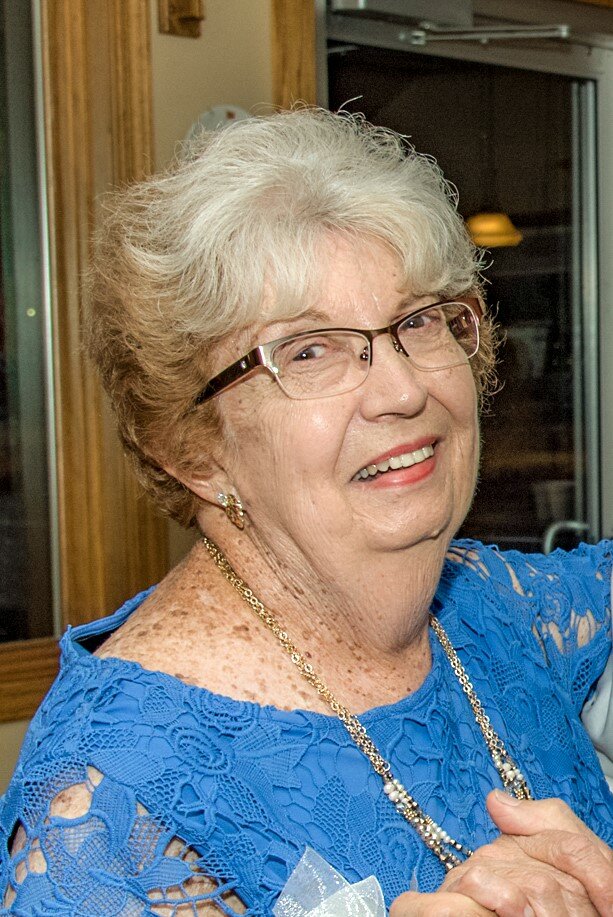 Rosemary was born Sept. 12, 1938, in Milwaukee, Wisc., to John and Marion Wineske. She graduated from St. Rita’s parish school in West Allis, Wisc., and Pius XI high school in Milwaukee. On a blind date 60 years ago, she met Norman Weinlein, to whom she was happily married for 58 years.

After working as a sales secretary for a number of years, Rosemary stepped away from the 9-to-5 world to raise their two children, Sue and Steve. She took well-deserved pride in her role as a wife and mother and created an exceptional home.

The family moved from Milwaukee to Signal Mountain, Tenn., in 1984, before retirement brought the couple to Florida in 1997. In her later years, Rosemary enjoyed spending summers with Norm at their Milwaukee condo, reconnecting with favorite people and places in the Midwest.

Rosemary was an avid flower gardener, reader of mysteries, and home decorator. She enjoyed the many years she spent league-bowling, volunteering as an art museum docent, and traveling with Norm (except perhaps for that short-lived RV experiment). She loved movies, live theater, and TV crime dramas. She was single-mindedly devoted to her family, serving as caregiver to her beloved husband until her own health issues made that impossible.

A funeral is planned for Friday, July 15, at 11 a.m. at Prince of Peace Catholic Church in Sun City Center, with visitation beginning at 10 a.m. A memorial service and burial will follow at Holy Cross Cemetery in Milwaukee at a date to be determined.

In lieu of flowers, donations may be made to the American Cancer Society at www.cancer.org.

To send flowers to the family or plant a tree in memory of Rosemary Weinlein, please visit Tribute Store
Friday
15
July

Share Your Memory of
Rosemary
Upload Your Memory View All Memories
Be the first to upload a memory!
Share A Memory
Send Flowers