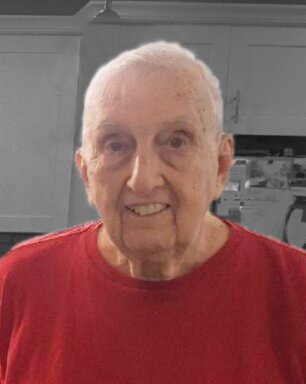 He was a Loras College graduate and a starting player on the Loras basketball team. He spent the next 21 years as a Meteorologist in the United States Air Force and retired at MacDill AFB as a Major in 1972. He later worked for Hillsborough County Government with the TCEP program and the Planning Commission. He was a long time member of Incarnation Catholic Church and a recent member of Prince of Peace Catholic Church in Sun City Center.

He is survived by his wife of 68 years, Ardith; three sons, David of Largo, Mark and wife Alisa of Knoxville, Tennessee; Paul and wife Sherry of Canton, GA; and one daughter, Patricia of St Louis, MO; three grandsons, Matthew, Bradley and Parker; three great grandchildren, Ila, Silas and Brewer; and sister Eleanor of Cedar Rapids, Iowa.

A funeral Mass will be celebrated at 10 am on Monday, March 7 at Prince of Peace Catholic Church in Sun City Center and internment will take place at Sarasota National Cemetery.

To send flowers to the family or plant a tree in memory of Eugene Ternes, please visit Tribute Store

Share Your Memory of
Eugene
Upload Your Memory View All Memories
Be the first to upload a memory!
Share A Memory
Send Flowers