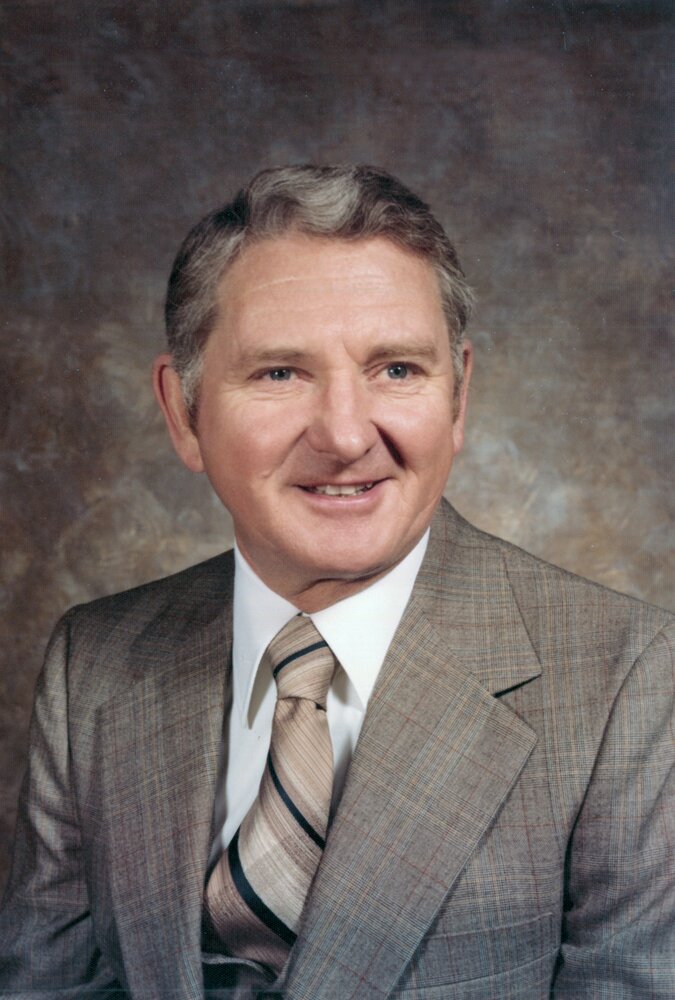 Paul Edward Throne, Jr., most beloved husband, father, grandfather, great-grandfather, brother, uncle and friend to many, passed away peacefully into the arms of Jesus Christ on Tuesday, February 1, 2022. Paul was born April 12, 1927, in Pioneer, Ohio to the late Paul E. Throne, Sr. and Edna Mae Throne (Grimm). Paul met the love of his life, Ruth Owen, in the sixth grade. They were united in marriage on June 27, 1948, in Montpelier, Ohio and moved to Hobart, Indiana in 1949. In October 2017, they relocated from the city they loved to Sun City Center, Florida where Paul continued to embrace the school slogan of “Once a Brickie, Always a Brickie.”

Paul graduated from Pioneer High School and entered Manchester University in the fall of 1944. Paul served his country from May 1945 through December 1946 and was honorably discharged from the U.S. Navy as a Hospital Apprentice First-Class. After his military service, Paul graduated from Manchester University in May 1949, with a Bachelor of Science in Education and earned his Master of Science in Education from Indiana University in May 1960. Paul chose teaching because he wanted to make a positive impact in people’s lives. Paul was a teacher, coach, guidance counselor, and administrator with the School City of Hobart from 1949 until he retired in 1987. His students and athletes were a very important part of his life and he faithfully stayed in touch with them through the years and they with him.

Paul was a devoted family man. His love for others was unconditional. He was a person who lit up any room he entered with a friendly greeting and always offered a hearty handshake or hug. Paul had a heartfelt compassion for others and relationships were very important to him. Paul loved the Lord and was an example of Christ’s love. (Ephesians 4:1-2) His life verse was Psalm 118:24, “This is the day the LORD has made; let us rejoice and be glad in it.”

Paul’s servant heart led him to invest in his community. He was a 1950 Hobart Jaycees charter member, a 1957 Hobart Family YMCA Board of Directors charter member, and a member of the Hobart Recreational Association to name a few. Paul and Ruth have been members of the First United Methodist Church in Hobart since 1949 where Paul served in many church ministries.

Paul was preceded in death by his parents. He is survived by his wife, Ruth; his daughters Kathy (Terry) Cox of Clearwater, Florida, and Nancy (Jeff) Main of Connersville, Indiana; granddaughter Michelle (David) Weaver of Loxahatchee, Florida; great-grandchildren Shelby and Wesley; sister Shirley Moor of Waterloo, Indiana; six nephews and their families; and godson Jay Harrigan of Hobart, Indiana.

In lieu of flowers, suggested memorials are to the Hobart Educational Foundation (Throne Scholarship); 32 E. 7th St; Hobart, IN 46342 or to the donor’s charity of choice.

Due to COVID and military protocol, funeral services will be private, with internment at Sarasota National Cemetery. The staff of Sun City Center Funeral Home are honored to serve the family of Paul Throne.

To send flowers to the family or plant a tree in memory of Paul Throne Jr., please visit Tribute Store