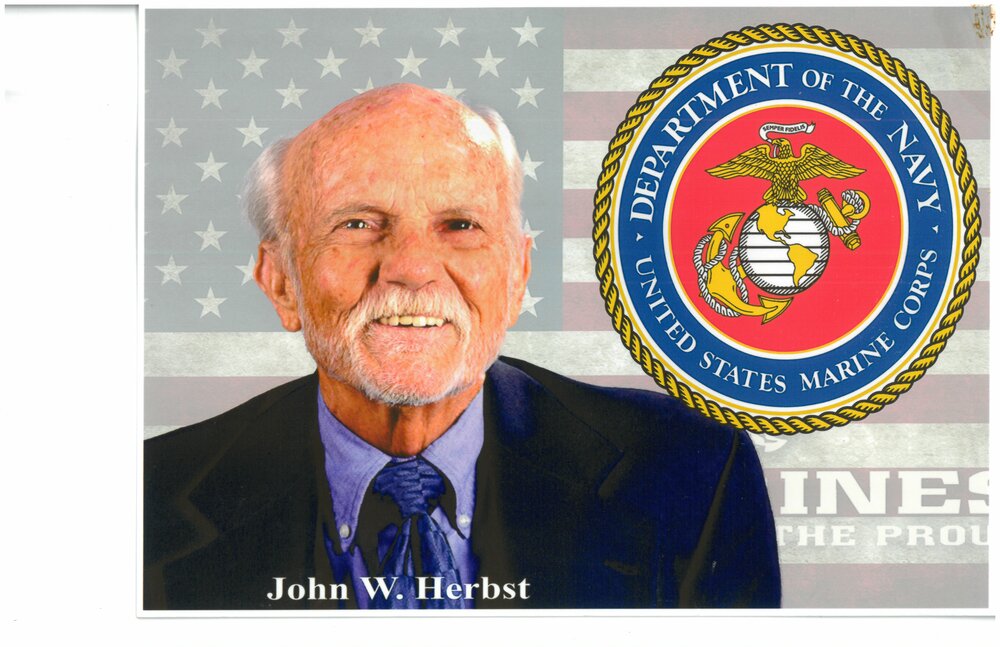 Herbst, John William (Jack), 85, of Sun City Center, Florida passed away Sunday, January 9, 2022. John was born in Joliet, Illinois and additionally, lived in Plainfield and Goose Lake, before relocating to Florida where he lived on Anna Maria Island, Land O’Lakes, and finally, Sun City Center. He served in the United States Marine Corps and played the clarinet in the USMC band. He played for President Eisenhower and performed in numerous parades, including the Rose Bowl parade. He enjoyed a long career with the Northern Illinois Gas Company (NICOR) serving in a variety of positions within the organization. He was one of the original founding members of the CECO beach club in Coal City, Illinois. Throughout his years he was a member of the Elks Club, the Moose Club, and the American Legion. In his younger years he was an avid fisherman, as well as a duck and deer hunter. He enjoyed water skiing, snowmobiling, snow skiing, and boating. He was an enthusiastic motorhome traveler, and extensively explored the National Parks. During his many National Park adventures he back-packed through Glacier and Rocky Mountain National Parks. He also hiked and summited Longs Peak (Elev. 14,225 ft.), Colorado. He was a dedicated and caring father who was honest to a fault. His late wife, Sharon Lee Herbst preceded his passing in November of 2007. He is survived by his two sons: John M. (Tina) Herbst and Darrin W. (Kelly) Herbst, and 8 grandchildren. Later in his life he found friendship and love with Cathy Fullem.

A Funeral Mass will be celebrated at St. Anne Catholic Church of Ruskin on Friday, January 14, 2022 at 10:00 am. John will be laid to rest with his wife, Sharon, on Wednesday, January 19, 2022 at 1:30 pm. In lieu of flowers donations may be made to Moffitt Cancer Center which held a special place in his heart for the care he received over the years.

To send flowers to the family or plant a tree in memory of John Herbst, please visit Tribute Store
Print
Friday
14
January