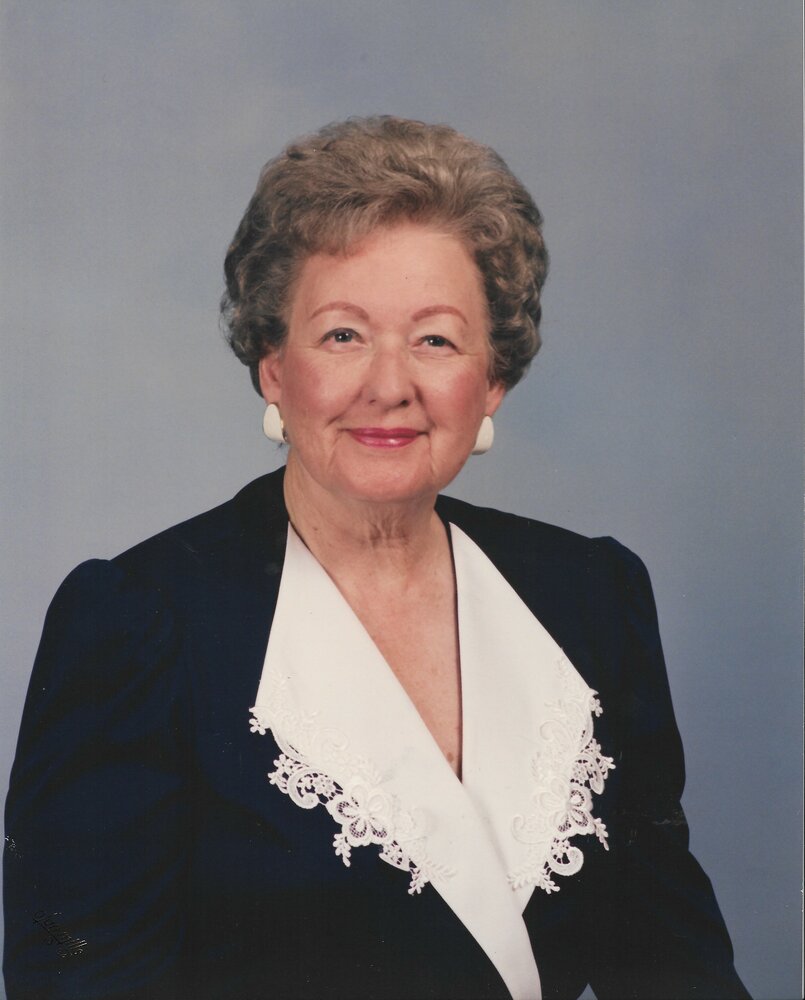 Ruby Bastress has a new address. On October 16, 2021, three days before her 100th birthday, she moved to heaven.  It was always her dream to relocate to her permanent residence to join her Lord and Savior.  She will join her husband Paul, relatives, and many friends.

Paul and Ruby met in Washington, DC just before the attack on Pearl Harbor. Ruby had recently moved to Washington to work at the Department of Navy.  They married, after the war ended, on October 26, 1945. They were married for 48 years until Paul’s death from Lou Gehrig’s disease on December 24, 1993.

They raised their two girls in Falls Church, Virginia and were actively involved at National Gardens Baptist Church.  In 1971, they built a home in Gainesville, Virginia with close friends as neighbors. They were members of Haymarket Baptist Church for over 20 years.  Ruby served as a Sunday School teacher, WMU Chair, Deacon and held many other leadership positions. In 1991, they left church family and friends and moved to a retirement community in Ocala.  They joined College Road Baptist Church.  Ruby was again active in the WMU, Sunday School and ESL.

After Paul’s passing, Ruby relocated to Sun City Center, and joined First Baptist Church of Ruskin where she was an active member of Sunday School, Sonshiners, and served on the visitation committee.  Her two daughters blessed her with four grandchildren and six great grandchildren.

Ruby is survived by her oldest daughter, Sharon Vasquez and husband, Ernest, grandson, Jason Goree, great grandson, Logan, fiancée, Carrie and her two children, Blake and Brooke. She will be remembered as a wonderful, caring, and loving mom, grandmother, and Gigi.

To send flowers to the family or plant a tree in memory of Ruby Bastress, please visit Tribute Store
Friday
22
October