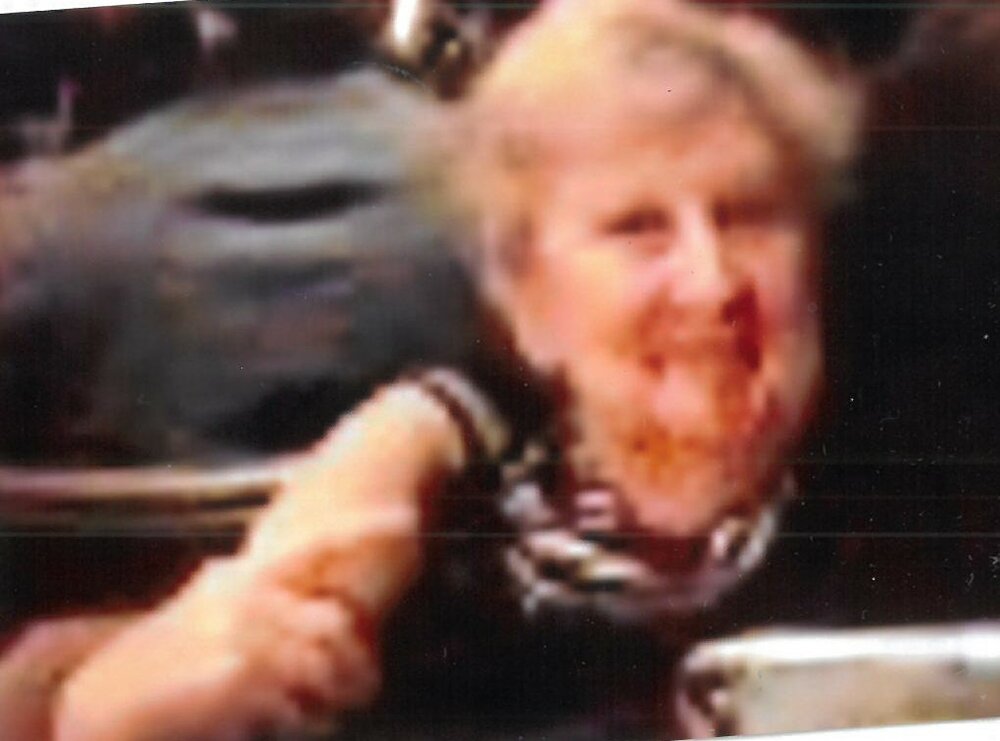 Naomi Ann Jackman McGuinness was the cutest person – she could never understand why anyone thought she was cute, but she was.   Just one look in those big hazel eyes and you were hooked.   But that was a good thing because once you were hooked, you were loved by the sweetest and kindest person who would do anything for you and always remembered the tiniest details about someone.

She was born in Brooklyn, NY and enjoyed spending her childhood summers on a friend’s farm in upstate NY.   When her family moved out to the suburbs of Long Island, she was shuffled around from one school to another because the schools kept changing to accommodate the growing population.   Finally, they built a new high school for her and she was part of the 1st graduating class of East Meadow High School in 1957.

She met Bob McGuinness in 1959 and after 4 years of ups and downs and all-arounds they married in 1963.  After living in California while Bob was stationed at March AFB, they settled back on Long Island, NY where they later welcomed their daughter Melissa.   Never was a person more suited for the role of housewife and mother.   But later on she went to work as a teller for NatWest bank and then, as an indispensable Service Agent at     1-800-Flowers – so much so that Chris McCann always depended on her to diffuse situations.

After retiring and moving to Sun City Center, she enjoyed several groups including the FAN club and the Irish Connection Club.   She always manned the registration table at Lancaster I parties and was the Presidential expert of Naomi’s Gang at Trivia Night at the South Club.

A real trouper – she once missed 100 days of school due to illness – she prevailed and made it to her 82nd birthday!  She was predeceased by her grandparents William & Thorella, parents Harry & Ruth, aunts Dorothy & Honora, and her husband Bob.   Her remaining family and friends will forever cherish her in their memories.

To send flowers to the family or plant a tree in memory of Naomi McGuinness, please visit Tribute Store
Thursday
28
October

Share Your Memory of
Naomi
Upload Your Memory View All Memories
Be the first to upload a memory!
Share A Memory
Send Flowers