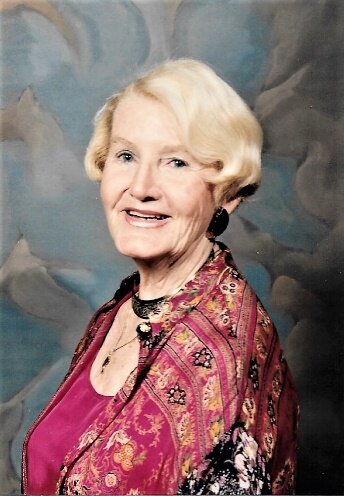 Lillian Ruth Carmody Hills passed peacefully from this earthly plane to her true home in Heaven on October 13,2021, after a short illness.

Lillian was born in the Bronx, New York, on February 29, 1928.  She was the daughter of Lillian Turner Waitt Carmody and George J. Carmody of New York.  Her mother died 2 weeks after Lillian’s birth, leaving Lillian’s 2 older sisters; thus, Lillian was raised by her grandparents, Alvin and Jennie Waitt of Newburyport.

Lillian grew up on Boardman Street.  She had lots of friends and family close by as well as family in York, Maine.  She loved music of all kinds, and dancing.  When she was 18 years old, she met and married James O. Hills, son of Raymond S. and Georgia Houle Hills of Oakland Street.  They had 4 children: son James Bruce, twins Georgia Ruth and Jennifer Lee, and daughter Kimberley Raye.   In 1954 they moved the family to their summer cottage on Pine Island Road in Newbury, making it their permanent home.  Georgia Ruth died tragically in an accident just before the twins’ 5th birthday in 1955.

Shortly thereafter, Lillian had a joyous reunion with her long-lost sisters, Helen Brand, and Ethel Torpey, both from New York City, after years of being apart.  She was thrilled to find out that she had 3 nieces and 2 nephews from her side of the family.

Lillian and James lived on Pine Island for many years.  They had many friends from both Newbury and Newburyport.  They enjoyed formal dances and Big Band music from the era.  They hosted several Greek Easter celebrations at their home and loved gathering with their group of friends at Annunciation Greek Orthodox Church for dances.  They visited Hawaii 3 times in the 1970’s for the birth of their first granddaughter, Tarrin Amanda Lutz, and enjoyed traveling along the east coast of the United States.

Lillian was an avid gardener and craft person.  She also excelled at painting in the 80’s and 90’s.  She was excited to help with the Anna Jacques Fourth First Aid Follies in 1980, and performed in dance on stage with others.

After her husband’s death, she resided in New Hampshire close to daughter Kimberley for 8 1/2 years before moving to Sun City Center, FL, to be with daughter, Jennifer, and husband Charles Lutz.

Lillian is pre-deceased by her sisters and husband, and survived by her children, James Bruce Hills of Berlin, NH, Jennifer H. Lutz and husband, Charles F. Lutz, of Sun City Center, FL, and Kimberley R. Roy, and husband, George Roy, of Wakefield, NH.  She is also survived by 2 granddaughters, Tarrin A, Lutz of Carnation, WA, and Ashley R. Gould of Loudon, NH.  Lillian is also survived by 3 great grandchildren- Sage and Lachlan Gould of Loudon, NH, and Jordyn Hartfiel of Carnation, WA.  A Celebration of Life will be announced at a later date.

To send flowers to the family or plant a tree in memory of Lillian Hills, please visit Tribute Store

Share Your Memory of
Lillian
Upload Your Memory View All Memories
Be the first to upload a memory!
Share A Memory
Send Flowers