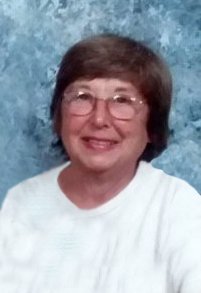 Dee was born on March 24, 1940, in Cincinnati, Ohio to the late Elmer and Helen (Miller) Metzner. She attended Our Lady of Angels high school in Cincinnati and graduated from Marian University in Indianapolis with a degree in English.

Dee worked in advertising and met her husband, Ron while they were both working at Scripps Howard. She was a devoted friend and neighbor who was always there to help.  She had a very sharp wit and a dry sense of humor so conversations with her always left people smiling.  She loved all animals but had a particular fondness for dogs, often volunteering to care for neighbors' pets when they were away.

In lieu of flowers, memorial donations can be made to the Humane Society in Dee’s memory.

To send flowers to the family or plant a tree in memory of Deanna Ziegler, please visit Tribute Store

Share Your Memory of
Deanna
Upload Your Memory View All Memories
Be the first to upload a memory!
Share A Memory
Send Flowers