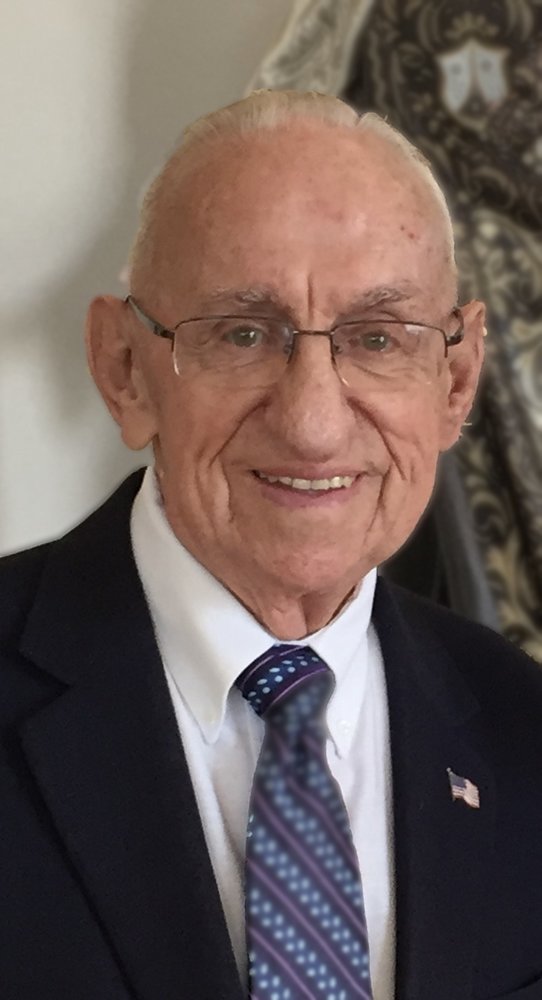 George Woodrow Fultz, son of George Cleveland Fultz and Marguerite Koppe was born December 4, 1930 in Richmond Indiana. He was a graduate of Eaton (Ohio) High School, class of 1948 and Kent State University, class of 1953 where he earned a BS in Business. His early years after college found him in sales for Prudential Insurance and Polsky’s Department Store in Akron, Ohio.   He then embarked on a career with Midas Muffler that would last 40 years. His success at Midas culminated with the proud ownership of his own shop for the final five years.

He married Marge, the love of his life, in 1954. In 1960, they moved to Mayfield, a suburb of Cleveland, where they would live for nearly 40 years.

George was an avid sports fan. It cannot be overstated how much he loved ALL sports. High school, college, and professional all captured his attention. He was the team manager of his high school basketball team who were State Champions his senior year.  His love for baseball found him & Marge attending a baseball double header the first day of their honeymoon!

George and Marge raised five children and were very active in the Mayfield school system and in many of the childrens’ activities, including: CYO Indian Guides, Cub Scout Packmaster, Boy Scout Troop Leader, and Mayfield High School Band Booster.  He ran the football band concession stand for five years and later presided over that organization as president. He loved to travel. In the early days, the family traveled and camped with a travel trailer pulled by many different station wagons over the years. Later, George and Marge traveled extensively across the US, Europe, Australia, New Zealand, and China.

Retiring permanently to Florida in 1996, they spent a decade in Kings Point, Sun City Center.  In 2014 they moved to Freedom Plaza.

Always active in his church, the last 15 years were spent at Saint Anne’s Catholic Church in Ruskin, Florida. There he helped run the food pantry and served as an usher. He and Marge teamed up to run the funeral bereavement luncheons and the Christmas Gift Giving Tree Programs. Their service was recognized in June of 2019 when they received the Saint Jude the Apostle Award from the Diocese of St. Petersburg.

An avid gardener, he cultivated countless gardens of plants, cut flowers, tomatoes, peppers, beets and even a pineapple! George frequently shared his fresh picked strawberries, grapefruit, and his home-grown beets.   George frequently enjoyed a round of golf and he had a lifelong passion for fishing.  He fished Lake Erie for walleye and made several fishing trips to central Canada with Stephen, Carter, and John. He loved the time he spent deep sea fishing in the Gulf of Mexico with numerous friends and family.

George loved and relished his children, grandchildren, and great grandchildren.  He was loved by neighbors and friends too countless to mention.

To send flowers to the family or plant a tree in memory of George Fultz, please visit Tribute Store
Friday
9
April

Share Your Memory of
George
Upload Your Memory View All Memories
Be the first to upload a memory!
Share A Memory
Send Flowers