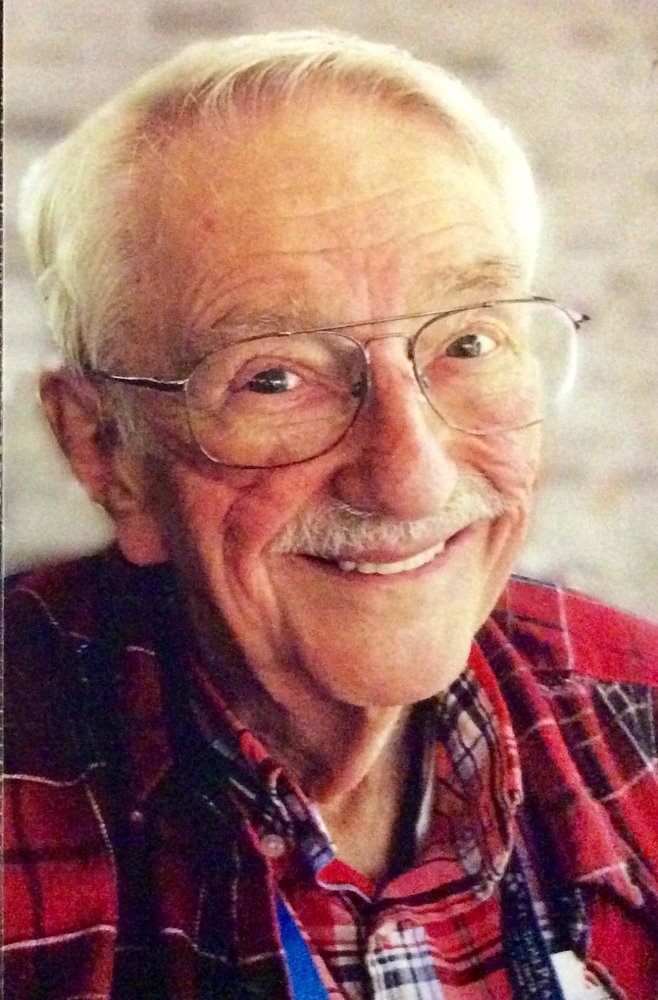 Russel grew up in Plattsburgh, NY and graduated with a degree in Electrical Engineering from Clarkson University and later earned a Masters in Education from North Adams State. The first half of his career he was an engineer for General Electric and finished his career as a math and computer science teacher in Lenox Massachusetts. He retired to Sun City Center, FL and spent his final years at Freedom Plaza which he fondly referred to as “the cruise ship that never moved”. Over the years Russel enjoyed gardening and was a master gardener. Russ had a passion for genealogy and continued the research compiled by his father Kenneth. He enjoyed sailing and was involved with the Boy Scouts. He and Beverly sang in every church choir where they were members including Sun City Methodist Church.

If you feel so inclined, to honor Russel, donations would be welcomed to the “Kenneth Kenyon Stained Glass Restoration Fund”

To send flowers to the family or plant a tree in memory of Russel Kenyon, please visit Tribute Store

Share Your Memory of
Russel
Upload Your Memory View All Memories
Be the first to upload a memory!
Share A Memory
Send Flowers