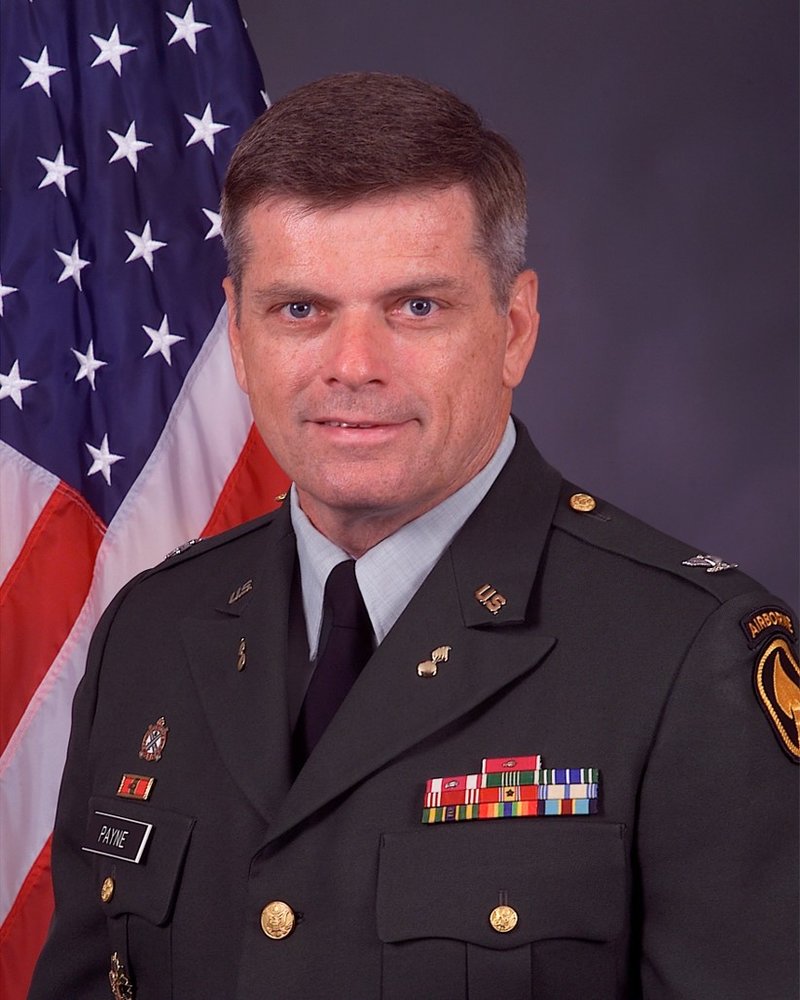 Gary E. Payne, COL (R) of Wimauma, Florida passed away August 12, 2020.  Colonel Payne was born in Chattanooga, Tennessee in August 1950. He enlisted in the Army in 1972, and after achieving the rank of Staff Sergeant, was commissioned as an officer in 1977 after attending Officer Candidate School.  Gary held a variety of command and staff positions, retiring in 2004 at the rank of full colonel.  His favorite assignments were Zweibruecken, Germany; Fort Greely, Alaska; and MacDill AFB in Tampa. His assignments to Redstone Arsenal and Huntsville, Alabama allowed him to be near his family, which he enjoyed greatly.

Gary’s military career defined a big part of his life as he was immensely proud of his country, of the US Army and of the opportunities the military gave him.  He worked hard for those opportunities.

He had a bachelor’s degree from the University of Puget Sound in Tacoma, Washington and a master’s degree from Babson College in Wellesley, Massachusetts.   Gary loved his family dearly.  His wife, children and grandchildren were a source of joy for him.  He also loved Bama Crimson Tide football, beer, hunting, fishing, golf and his Harley.

He is survived by his siblings; Linda (Larry) Maresca; Sandra Hulse; and Bobby, Billy and Ted Payne. Gary was predeceased by his parents, Sherman and Audra Vandergriff Payne, and by his son, Micah.

In lieu of flowers, Colonel Payne preferred donations be made in his memory to benefit Neurosurgery education at USF Health.  Please make checks payable to the USF Foundation, Inc. and mail to 4202 E. Fowler Avenue, ALC100, Tampa FL 33620, referencing the “Neurosurgery Resident Education Fund 250374” in the memo line, or donate online at usf.to/NREF. Gary’s request is made to honor Dr. Don Smith, who provided Gary tremendously improved quality of life with two brain surgeries to treat his Parkinson’s disease.

To send flowers to the family or plant a tree in memory of Gary Payne Col (R), please visit Tribute Store
Wednesday
19
August

Share Your Memory of
Gary
Upload Your Memory View All Memories
Be the first to upload a memory!
Share A Memory
Send Flowers