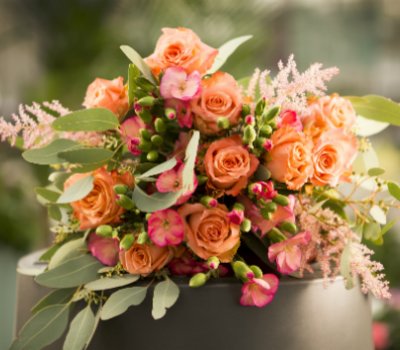 Gloria was born February 2, 1943 in Springfield, Illinois to Leroy and Lila (Rogers) Keiser.  On June 13, 1965 she married Richard Kreiger, Jr.  They raised a son (Rick) and daughter (Julie).

She received her Associate’s Degree in Nursing from Lincoln Land Community College in 1971 and worked as a registered nurse at St. John’s Hospital in Springfield, Illinois for 25 years before retiring to Florida in 1996.

Gloria’s passion was her family.  She was also a voracious reader who was never without a book.  She was known for her quick wit and love of animals.

Gloria was preceded in death by her parents, Leroy and Lila.  She is survived by her husband Richard, son Rick (Rebecca) Kreiger, daughter Julie (Mark) Stielow and brother Wayne (Judy) Keiser.   She is also survived by grandchildren Emily Kreiger, Michael Kreiger, Matthew Kreiger and Kaitlyn Stielow.

A memorial service will be held at a later date.  In lieu of flowers, memorial contributions may be made to either St. Jude Children’s Charity or the ASPCA.

To send flowers to the family or plant a tree in memory of Gloria Kreiger, please visit Tribute Store

Share Your Memory of
Gloria
Upload Your Memory View All Memories
Be the first to upload a memory!
Share A Memory
Send Flowers