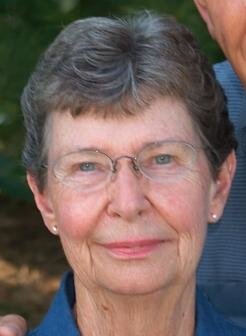 Joan Rosalie Rosicky Sieler passed away on March 5, 2020. She was born on July 8, 1935 to Earl P Rosicky and Genevieve Dolezal Rosicky in Lynch, NE. She and her husband, Merle John Sieler were married on May 24, 1955 and farmed in Lynch NE before moving to Wayne NE where they raised their family. Later they retired to Apache Junction, AZ before moving to Florida in 2008.

She was preceded in death by her parents and daughter Mary Sieler Page. She is survived by her brother William P Rosicky, four devoted children and their spouses, Susan of Omaha NE, Julie of Ruskin, FL, Nicholas of Lincoln, NE, Michael of Omaha, NE, loving grandchildren and great-grandchildren.

Funeral Mass will take place March 9, 2020 at Prince of Peace Catholic Church, Sun City Center, Fl. Viewing will be in the Narthex prior to service  beginning at 9:30 a.m. Burial to follow in Nebraska.

To send flowers to the family or plant a tree in memory of Joan Sieler, please visit Tribute Store
Monday
9
March

Share Your Memory of
Joan
Upload Your Memory View All Memories
Be the first to upload a memory!
Share A Memory
Send Flowers