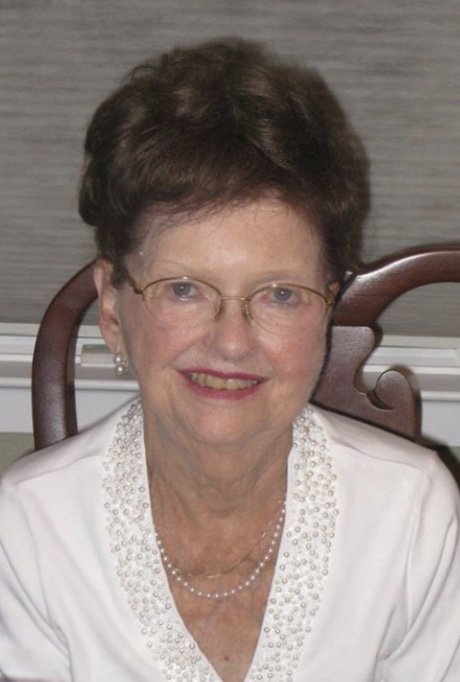 Shirley Taylor Eggleton passed away peacefully at the age of 94 surrounded by her loving husband, Charles (Chuck) Ramon Eggleton, and several family members in Sun City Center, Florida on December 22, 2019. She was born in Windsor, Ontario on April 23, 1925 to Frank Delmer Jenner and Marion Gertrude (Lee) Jenner who both predeceased Shirley before she was 13 years old. She was then raised in Canada by her half-sister, Florence (Eva) Jenner Skinner, and Eva’s husband, Jack Skinner. Shirley attended Alma College in Ontario and later worked as an executive secretary at Hiram Walker in Windsor before emigrating to the United States in 1949 as a newlywed with her husband, the late Donald (Bud) Arthur Taylor, Ph.D. During their 57 years of marriage, she and Don travelled the world from Europe to Australia, often visited their youngest son, Michael, in California, and lived in Sao Paulo, Brazil multiple times between 1956 and 1974.

While in Brazil, Shirley learned Portuguese and readily adapted to life in Sao Paulo, even giving birth there to her second son, Stephen. In 1964, she and Don helped a very talented seamstress, Vanda Borges, and her 11-year-old son, Edson, emigrate from Brazil to Holt, Michigan and become U.S. citizens. Shirley was instrumental in helping Vanda find work and teaching Edson the English language and American customs.

Stateside, as the spouse of the Marketing Department Chair at Michigan State University, she loved to entertain MSU Ph.D. students, professors, and friends in their home in Holt and made long-lasting friendships as a result. The Taylors built a cottage up at Spider Lake near Traverse City, Michigan in 1967 where she enjoyed spending her summers through 2019. In her later years, Spider Lake neighbors John and Kim Rudolph, John and Beth Hoyt, and Bob and Nancy Weaver always gave a helping hand when her family members could not be there.

Shirley loved boating and helped Don plan and build a 30’ trawler, the Summerside II, named after the Canadian Corvette ship Don served on during D-Day in World War II. The boat’s home port was at Elk Rapids, Michigan, from where she and Don would take many short cruises. Shirley and Chuck were able to see the boat arrive back at Elk Rapids this spring after her eldest son, John, had completed “The Great American Loop.”

For over 20 years, Shirley and Don wintered at a condo in Ruskin, Florida. After losing their respective spouses, she and Chuck Eggleton met, courted, fell in love, married in 2011, and then resided in Ruskin up until 2016 when they moved to Chuck’s home in Sun City Center. Shirley and Chuck attended church on most Sundays and enjoyed going to concerts and other performances at both Sun City Center and Traverse City. A special moment they shared together in early 2019 was serving as the Flower Gram and Grand Ring-Bearer at their granddaughter Rachael’s wedding.

Shirley loved music, playing the guitar and piano, and singing in church choirs. She was a champion backstroke swimmer in her younger years, and was still an expert bridge player and a good crossword puzzler. She was active in women’s clubs, gave to several charities, and kept in continuous contact with numerous friends worldwide. In 2017, at the age of 92, she travelled alone from Florida to California to see her eldest granddaughter, Lisa, married in Carmel, CA. No effort was too big, and no matter the outcome of her numerous endeavors, she always wanted it known that “She tried.”

Online condolences and special memories may be shared with the family at www.SunCityCenterFuneralHome.com.

To send flowers to the family or plant a tree in memory of Shirley Eggleton, please visit Tribute Store

Share Your Memory of
Shirley
Upload Your Memory View All Memories
Be the first to upload a memory!
Share A Memory
Send Flowers