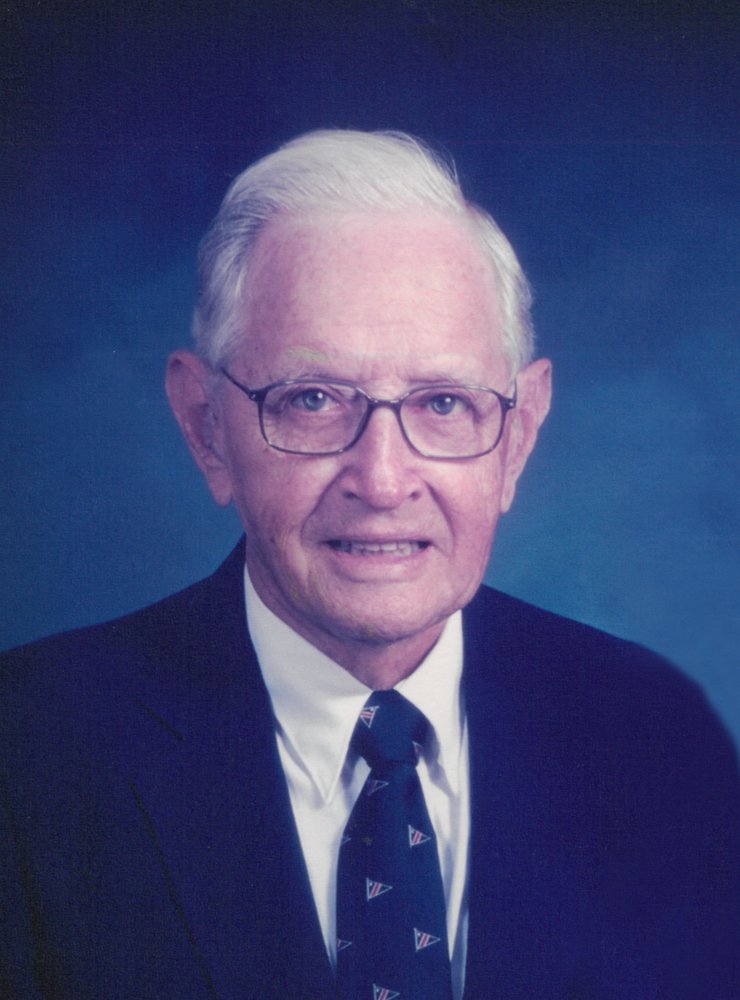 Charlie, a first-generation American, was born on October 19, 1924 to Carl and Matilda Feldschau in Queens, New York. Charlie enlisted in the US Army in December 1942, serving in the Central Europe campaign (including Remagen Bridge Germany).  He was a Surgical Tech 4 with the 115th Evacuation Hospital unit of the 104th Infantry Division and was honorably discharged in April 1946.  He earned a Bachelor’s degree in Engineering from Fordham University and a Master’s degree in Mechanical Engineering from NYU in 1952.  Thereafter he joined Eastman Kodak where he held roles in Project Engineering, was Inventor in several patents and retired in 1983 as a Patent Specialist in the Legal Department. Following he became an Intellectual property development Consultant in Florida.

Charlie always enjoyed boating, fishing, traveling, live music and wood working.  Over the years he owned five boats, the last three sailing vessels. He was a Lifetime Member of the US Power and Sailing Squadron, and served as Commander of the Rochester Power Squadron in NY in 1979.  He held leadership roles in local boating and conservation organizations including the Cockroach Bay Users Group aimed at restoring fish nursery sea grasses safely.  He also enjoyed cruising the Mediterranean, UK and the New England/Canadian coasts with friends and family.  Charlie regularly attended The Florida Orchestra and jazz performances at the Firehouse Cultural Center in Ruskin.

Family will receive friends from 9:00-10:00 AM, Friday, January 24, 2020 at Sun City Center Funeral Home followed by a Celebration of Life at 10:00 AM.with internment at Sarasota National Cemetery, Sarasota, FL in the afternoon.

Share Your Memory of
Charles
Upload Your Memory View All Memories
Be the first to upload a memory!
Share A Memory
Send Flowers