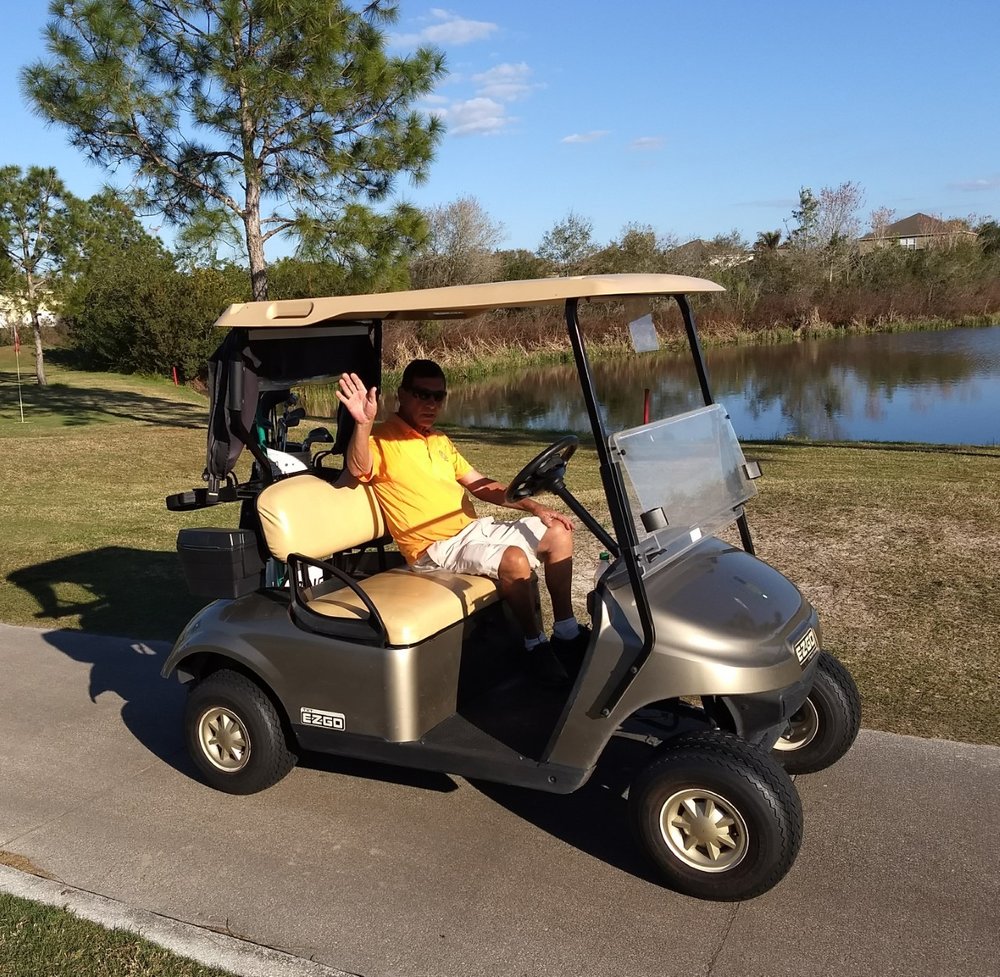 Stephen L. Rizzotti, 74, of Sun City Center, FL, passed away on October 12, 2019 after a brief battle with cancer. He was born in Salem, Massachusetts to his mother Etta Snell of Haynesville, ME, who raised him along with his stepfather, Louis Snell, and his grandmother, Maggiebelle McLaughlin, also of Haynesville.

He graduated in 1963 from Bloomfield High School in Bloomfield, CT where he played second base on the high school baseball team and was described by classmates as having “nerves of steel.” He then served as a Specialist in the Army from 1964 to 1970, spending three years stationed in Korea with the 8th Army. After leaving the Army, he worked as a cabinet maker, a real estate agent, and then spent the bulk of his career as a car salesman. He flourished as a salesman at Williams Ford in West Hartford, CT, where he loved his clients and colleagues and earned many accolades. Steve was a friend to all—kind, funny, a great listener, and always ready to disperse wisdoms to those in need. He was a good neighbor and loyal friend, an incredible father to his step-daughters, Carly and Lauren, always there to listen and provide support full of humor and free of judgment, and he was a hero to his younger brothers, Jim and Fred. Liked by all who met him, he found friends everywhere he went. In Haynesville, ME, where he lived as a young child and returned to live for a few years later in his adult life, he spent a great deal of time at Houlton Community Golf Club and Grammy’s Country Inn, golfing, socializing, and sharing funny stories. In West Hartford, CT, he could be found either at Starbucks in West Hartford Center “shooting the breeze” as he liked to say or at Rockledge Golf Club where friends marveled at his ability to roll a cigarette in the wind, take a sip of coffee, and then hit the ball straight down the fairway with ease. He was also known to play 36 holes in one day regardless of weather conditions. He spent the last decade of his life in the community of Sun City Center, Florida, where he could often be found at Summerfield Crossings Golf Club in Riverview. Garnering nicknames everywhere he went, he was best known at Summerfield as “Range Rat Steve” and “Starbucks Steve,” as he spent countless hours at the range and always had a coffee in hand.

He loved Johnny Cash, John Wayne movies, a good cabernet, strumming his guitar, making new French dishes from his Jaques Pepin cookbooks, and spending time with his friends and family. He was good-natured, positive, witty, and a thoroughly good person, and his presence made the world a better place. A true original, he made a lasting impression on everyone he met and will be dearly missed by all who knew him.

He is survived by his two brothers, James Snell of Cranston, RI and Fred Snell of Haynesville, ME, his step-daughters and son-in-law, Carly Anderson and Joseph Young of Astoria, NY and Lauren Anderson of Meriden, CT, countless cousins and friends, and his dear friend and former partner, Elaine Anderson of Little River, SC. He was predeceased by his mother Etta, stepfather Louis, beloved Aunt Betty, a number of aunts and uncles, and his dearest beagle Jessie who he fell in love with while transporting from Maine to New Hampshire for a friend before deciding to keep her.

His memorial service will be held on Saturday, November 2nd at 2:00 pm, at Sun City Center Funeral Home located at 185 Rickenbacker Dr, Sun City Center, FL. Visitation will take place immediately before at 1:00 pm and a reception with food and drinks will be held directly after the service. His burial will take place on Monday, November 4th at 1:30 PM, at Sarasota National Cemetery where he will receive military honors. A separate service will be held in the spring in Haynesville, Maine. Donations in his memory can be made to the Beagle Freedom Project (www.bfp.org).

To send flowers to the family or plant a tree in memory of Stephen Rizzotti, please visit Tribute Store
Print
Saturday
2
November

The family invites all to join them immediately follow the Memorial Service for a reception.
Share A Memory
Send Flowers