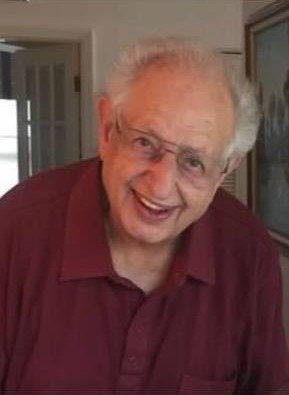 On Wednesday, August 14, 2019, Maurice Roukous passed away at the age of 88 in Sun City Center, Florida.

Maurice was born on March 31,1931 to Zoud and Thomas Roukous in Meadville, Pennsylvania where he spent his early years. He was married to Norma Boyd Roukous for 65 years.

Maurice was preceded in death by his father, Thomas, his mother, Zoud, his sister, Maxine, and his brother-in-law, James Boyd. He is survived by his loving wife, Norma, seven children, twelve grandchildren, and four great-grandchildren.

Maurice received his business degree from St Bonaventure and was an involved member of the Delta Sigma Pi organization. He began his career in Meadville, Pennsylvania, at Talon Zipper and went on to become the Executive Director of Federal Tax Audit at Textron, in Providence, Rhode Island, where he spent 20 successful years.

Maurice’s nobility and leadership abilities were rewarded with multiple US Military medals, including the distinguished Meritorious Service Medal. He served 32 years of Military Service in the Army and retired with the rank of Lieutenant Colonel, Field Artillery USAR.

Maurice was an avid golfer, and a member of the Caloosa Golf Club in Sun City Center, Florida. He also had a deep interest in and knowledge of business and finance and shared his wisdom with his loved ones. He was known for his deep, quiet wisdom, his very generous nature, his big smile, and his love for his wife and family.