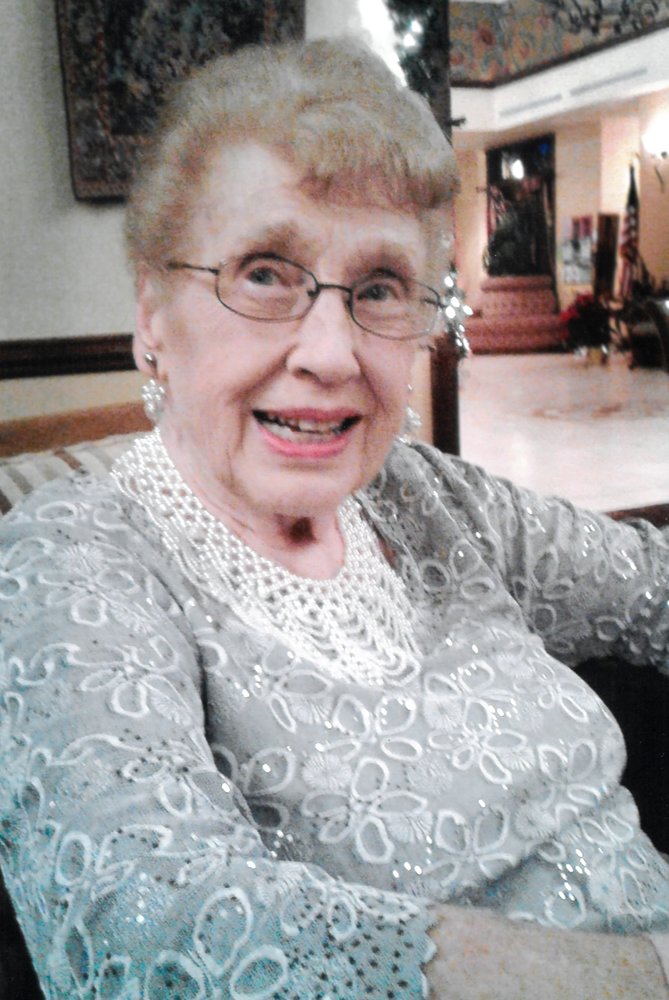 Carol Hannesson, 90 of Sun City Center passed away on April 10, 2019. Carol was born to Howard and Vanessa Walts on December 11, 1928 in Clayton, NY. Carol graduated with honors from Gouverneur High School in 1946.

With her first husband, Jean LaBow, Carol had three children. In addition to being a great wife and mom, she was a Girl Scout leader, a member of the local fire department women’s auxiliary and Methodist Church.

Many years later Carol became a certified medial assistant for her second husband, Dr. William W. Hall, Jr. in his Watertown, NY medical practice. Upon retirement they owned and operated Woods N Goods, a woodworking/craft shop in Cape Vincent, NY. Other mutual interests they enjoyed were: sailing, sharing get-togethers with family and friends, traveling and snowmobiling. After they purchased their Florida home, they enjoyed lawn bowling and playing in a harmonica group in Sun City Center.

She married her surviving husband, Paul Hannesson, on February 21, 2014 in Florida. Paul played harmonica and Carol continued accompanying the harmonica group on her keyboard, and arranged programs for Monday lunchtime entertainment at Sun Towers dining room. They spent summers in Cape Vincent where they enjoyed gardening, playing cards, doing Sudoku and jigsaw puzzles and watching their beloved Tampa Bay Rays.

On Friday, April 19, 2019, a memorial service will be held at 1:00 pm in the chapel of the United Methodist Church of Sun City Center, officiated by Reverend Charles D. Rentz.

A celebration of Carol’s life will be held later in New York at the convenience of the family. Memorial donations may be made to the United Methodist Church of Sun City Center Florida, the Redeemer Lutheran Church in Sun City Center of a charity of your choice.