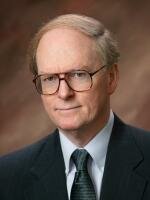 Dr. William "Bill" Frederick McGhan, 75, of Sun City Center, Florida, passed away on January 12, 2022. He was born in Sacramento, California, on July 6, 1946, to the late Roy and Nelleen McGhan. He is preceded in death by his wife, Marilyn Dix Smith, and survived by his two children, Monica Vandenberg and Matthew McGhan, his sister Kathryn McGhan, and his two grandchildren, Reid and Kirsten Vandenberg.

Beyond his professional accomplishments, Bill prioritized his love of family, travel, science, and nature. He often marveled at the beauty of birds and the expansiveness of the night sky through the lens of his telescope. He and his late wife were adventurous travelers and were collaboratively dedicated to promoting health policy research and pharmaceutical economics.

He acquired a Doctor of Pharmacy degree at the University of California in San Francisco in 1970. He later completed a Doctor of Philosophy in economics and administration at the University of Minnesota in 1979. He was a founding trustee and founding president of the International Society of Pharmacoeconomics and Outcomes Research and fellow of the American Foundation for Pharmaceutical Education and the American Association of Pharmaceutical Scientists. He was also a past president and chairman of the economic, social, and administrative sciences section of the Academy of Pharmaceutical Research and Sciences and a board member of the American Association of Colleges of Pharmacy, where he served in various leadership roles. Other distinguished roles to his credit include founder and senior researcher at the Institute for Pharmaceutical Economics in Philadelphia and staff director at the Academy of Pharmaceutical Sciences in Washington D.C.

His career research was focused on decision analysis, health outcomes, and clinical economics, and he was recognized as an international expert in those areas and served as a speaker and consultant for numerous organizations around the globe. Widely published, Dr. McGhan authored over 200 articles in various professional journals and contributed chapters to several books, including co-editor of three editions of the book "Principles of Pharmacoeconomics." Among his recognitions, Dr. McGhan was a co-recipient of the Lyman Award for outstanding research articles published in the American Journal of Pharmaceutical Education and received the Archambault Award from the American Society of Consultant Pharmacists.

He accomplished much in his life, both professionally and personally, and will be missed and remembered always.