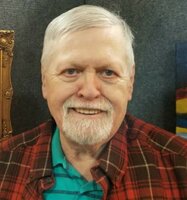 Wayne was raised in Rockdale, Maryland.  He graduated in the Milford Mill High School Class of 1966 and attended the University of Maryland, Baltimore County.  Wayne was very proud of his service in the Army from 1968 – 1970 and was stationed in Germany.  Upon being honorably discharged from the Army in 1970, Wayne joined The Whiting-Turner Contracting Company as a carpenter and worked his way up through the ranks to Superintendent.  Wayne worked on, or supervised the construction of high-rise office buildings and notable projects in Baltimore, Maryland including the First National Bank Headquarters, Maryland National Bank Operations Center, Baltimore Federal Savings Bank Corporate Headquarters and the Johns Hopkins National Asthma and Allergy Center.  After 24 years of service, Wayne left Whiting-Turner in 1994 to work several years for another contractor until he left the construction industry to begin a new career as the legal assistant to his wife Janet in her title company where they both worked until they retired.

Wayne has been a Florida resident for 10 years where he enjoyed the warm weather and friendly people.  He had many friends there and developed a passion for Bingo, where he would arrive early and save seats for his regular Bingo friends.

A Celebration of Life will be scheduled at a later date.